A story by PHysical

We provided weekly athletic based sessions for young people with multiple support needs throughout Perth and Kinross.

What Athletic Based Outreach Opportunities did

A project team was established with qualified coaches, teachers and carers facilitated by PHysical volunteers. Many of the people were known to us but often working in isolation and with little wider support mechanisms in place. A flexible plan was formulated around run. jump and throw activities. Various meetings were carried out to ensure a range of bespoke sessions were created to suit, the participant, their family and the unique geographical location.

From past experience and feedback from coaches highlighted the need for flexibility both in the timing of sessions and the content. Local community groups were engaged and information about the sessions was prepared then shared via these known and trusted routes. This confidence building route to target the participants was an early success for the project. 4 partner coaches (from Perth Strathtay Harriers) were used on a rotational basis to keep consistency of delivery. The sessions were designed around fun activity using both fine and gross motor skills.

Each session lasted between one and two hours depending on age of young people. Blocks of between 8 and 12 sessions were scheduled and shared, feedback from parents and carers generally liked this as it allowed them to plan there own 'free' time in advance. The venues were selected to allow flexibility for carers who could stay and watch or simply drop there athletes off and return at the conclusion of the session.

It was noted that the initial sessions would see parents stay longer but as the participants got used to the training, the carers time relaxed and they would go. Sessions were held throughout Perth and Kinross. 24 sessions held in Eastern Perthshire, based in Blairgowrie. Highland Perthshire sessions took place in Aberfeldy with 14 events being completed.

Vicky came along to our very first session held in Eastern Perthshire and has been a regular participant ever since. A natural wariness of new people was soon overcome, in part helped the coaches felt by the venue being known to her.

The fun activities kept her interest and coaches report an increase in her wanting to improve and 'get faster'. Some adaptations were made due to her cerebral palsy limited movements and once implemented there was no stopping her.

Vicky has now progressed into weekly training sessions as part of a fully inclusive group. Her family get up to 2 hours respite every week,
It was quickly evident that it was not just the children taking part we needed to engage and fill with confidence, Some carers would deliver and collect or working together we would facilitate transport to the local venue.

Within a few weeks of starting our session a single parent was able to organise some free time to take part in a regular yoga class during the evening. Because of the flexible training approach the session coaches were able to work within the timeframe of the mothers activity.
Graeme, aged 9 from Luncarty in Perthshire came along and quickly established a positive rapport with coaches and participants. His poor vision and limited movement did not stop him trying anything new.

From about his third session he was asking why there was only one session per week! Coaches identified an opportunity within the local athletics club and for 6 months Graeme has been coming along the fully inclusive group at Perth Strathtay Harriers.

What PHysical has learned

The support has allowed us to remove any financial barriers over a sustained period of time (1 year). Although researched beforehand, the level of interest in our sessions was wonderful and simply the offer of a regular group in the local area was appreciated by all involved.

The sessions generated further interest in sport and opened up communication channels we never had before, it presents a unique opportunity to engage with the whole family and create long term activity sessions. It was important for families to know that a pathway existed into a regular club where appropriate, a number of parents commented that this was not the case for many activities and their children were left with nothing when a 'project' like this finished.

The pre-delivery meetings gave carers the confidence to allow youngsters to attend and also created links through peer to peer conversations about the project and subsequent enquiries.
Top tips PHysical's top tips for an organisation that wants to run a similar project

Engage with everyone, not just the children and their family, listen to their needs, plan then deliver when you say you will deliver.

Expect the unexpected. When you plan, build in as much flexibility as possible.

Keep prompting for feedback, ongoing engagement not only tells you what is working and what needs to change but also builds confidence (and trust) from the families. 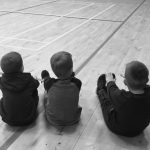