A story by Inverclyde Carers Centre

We provided short breaks to enable Carers of children with disabilties to have overnight breaks along with their children. These breaks took the form of short holidays where we met the cost of accomodation, transport, activities and support if required.

What Better Breaks Inverclyde did

We specifically targeted information at families on our database and through special educational needs schools and those families who are in transition between children’s and adults services.

This project was promoted by our core and outreach staff to all carers of children registering with the centre. Our Outreach Worker had a monthly presence in 16 community and health settings across Inverclyde and also attended 14 public events during the year. The worker also visited Barnardo’s Family Support Group, Autistic Support Group, Parenting Again and Downs Syndrome Support Groups.

We also promoted the breaks using Carers Stories in our bi-annual newsletter and on our own website. Social Work staff in the Children with Disabilities Team also promoted this to families they are in contact with, to colleagues in Children and Adolescents Mental Health Team (CAMHS) and Community Nurses.

We provided breaks to 43 Carers of 30 children with disabilities. The average duration of breaks was 3 nights and all were taken in UK based caravan or hotel accommodation, although the choice was entirely the Carers. The highest demand for breaks being during school holidays. Where desired families were able to participate in leisure activities or simply relax.

To be eligible to apply for a break Carers had not had a break in the last 12 months, were registered with Inverclyde Carers Centre as caring for a child up to the age of 20 due to a disability or long term condition who requires a high level of support in at least three areas.

CASE STUDY 1 - THE THOMPSON FAMILY
Anne is a fulltime carer for her daughter Shannon who lives with Autism. Over the past year Shannon’s mental health was extremely low, she hadn’t been coping too well with her condition and had been self-harming. When Anne had become aware of this, she had been distraught but also determined to focus all of her energy into helping her daughter to get back on track. As a carer, Anne knew that she would have to put her own feelings aside and concentrate on Shannon’s needs, despite feeling pained at that time.

Time went by and waiting lists seemed never ending which had prompted Anne to look at an alternative method of support which could provide a positive focus for them as a family. Anne had decided to apply for a short break to Glen Massan Cottages in Dunoon in the hope that this would provide them with quality time together as a family. The break also had to include Shannon’s faithful companion Brodie the dog who also plays a key part in her life.

The break application was successful and had given them a positive focus for the weeks ahead. During their time away they were able to reconnect as a family and focus on getting Shannon back to a better place. Shannon had used this time to take long walks in the woods with Brodie, spend time at the lakeside to enjoy the tranquil surroundings as well as having fun in playing board games with her family.

On a whole, Anne and Shannon were both able to recharge, relax and create happy memories together, which had such a positive impact on Shannon and her road to recovery. In turn, Anne spent that time being Shannon’s mum again, taking a step back from the worries of her day to day caring role, giving them both a reason to smile again.
SANDRA AND JOHN
(The names have been changed in this story to protect the identity of the people involved).

Sandra is a single parent carer and lives with her son John who has Autism. The past 2 years have been very tough with a breakdown in Sandra’s relationship resulting in them having to move house. John had also been bullied at school. This had been emotionally draining for Sandra, as she had to try and keep John positively focused and protect him from seeing her own sadness too.

The Carers Centre newsletter had come through Sandra’s letterbox a few months later detailing an article on short breaks for children with disabilities. It had given Sandra the motivation to apply as she’d hoped that the break would give them something positive to look forward to.

Sandra looked in to this and had chosen a trip to London which would be a first for both of them and was somewhere they had always wanted to go to.
The break application was successful and staff at the centre had worked with Sandra to arrange the flights and accommodation. Sandra had popped in to the centre upon her return to share her photographs and provide some feedback on their break away. The experience had left them on a high giving them both the opportunity to experience lots of new things together.

They visited the London Eye, Big Ben, took a trip on the underground and John had the opportunity to mingle with the captain in the cockpit on the flight down. The time away from the caring environment, school and home life had given them both a new lease of life and had set John up for the beginning of new school year. Sandra’s had noticed the difference in her own health since accessing the break, enabling her to continue with caring role and look forward to life in a more positive way .
TRACEY AND CAMERON BLAKELY

Tracey and Chris care for their son Cameron who has autism and moderate learning difficulties. Cameron lives at home with mum, dad and his two sisters. He also has a close relationship with his older brother Dylan who has recently moved out of the family home now that he has a family of his own.

Cameron has had his fair share of up’s and downs over the past few years but more so within the last 12 months were this has been intensified by puberty and changes to family life. This has presented itself through challenging behaviour and has resulted in an increase in appointments at school and various healthcare professionals in order to support him through this difficult time. This has taken its toll on Tracey and Chris with both of them continuously trying to balance family life and caring.

A complete break from caring was just not possible so the only option was to try and go away as a family unit. Tracey had approached the centre and had asked about taking her older son, his partner and their grandson along on the break as she felt that they would be a great support to Cameron having missed the company of his older brother.

The break was successful and the Blakely family had set off on their weekend trip to Seton Sands, Edinburgh. It had been carefully planned out to ensure that Cameron had time on his own with Dylan, encompass trips as a family as well as scheduling time for Tracey and Chris to relax on their own. Between disco dancing, playing at the park, visiting Edinburgh Zoo - the trip was jam packed from start to finish.

This break had provided the Blakely family with an opportunity to come together as a family enabling them to have time away from appointments, assessment s and professional intervention. Cameron was surrounded by those who matter to him most, make him feel safe and had even achieved another “first” by swimming in the sea.

Since accessing the break, Tracey had been inspired to give something back to her community and has recently completed her volunteer training; she is now actively volunteering for the carers centre providing support to other carers and staff on a regular basis.

What Inverclyde Carers Centre has learned

Breaks have benefited our organization by enabling us to better meet the needs of carers and attract carers who might not have been in touch otherwise.

The main challenge we had was differentiating between applicants as to which children have the highest level of needs. As mentioned above, to help us in this task we have sought the expertise of colleagues in HSCP Children with Additional Support Needs Team. We have further develop our matrix of needs and now include opportunity for staff working with the carer to submit a supporting statement.

Identifying the families who most need support was difficult. We knew from experience there were many more families who do not wish to have social work involvement and therefore would not have requested such an assessment and we used Carers Self Assessments to help encourage carers to articulate this need themselves. 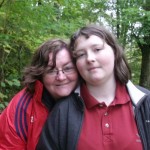