A story by Carers of East Lothian

We provided grants directly to carers who live in East Lothian to plan and pay for a short break of their choice.

What Breaks from Caring Fund did

The grants have become a well established form of support with a significant number of applications being received despite overall funding reducing. The application process has been refined somewhat but the form remains longer than we would have hoped and the practicalities of getting a panel together to make decisions and getting comments back from some referees leads to regrettable delays in decision making. We are looking to improve this for the coming year as much as we can but some of it is beyond our control and not all partners prioritise these panels. Beyond this, the fund is well used and now well established.

Reporting is based on the period November 2015 to October 2016 and includes some (but not all) of the applications considered at the October 15 panel. This is to comply with the different grant periods. Additionally we gave out one more grant than applications received as this includes an application which was listed in our previous report but where the decision to pay a grant was made after the previous report.

A man applied for a grant to help cover the cost of a caravan break with his partner who he cares for. He commented that he enjoyed the break, and "was able to notice for the first time in a long time that there is a life outside of home and it felt good".
A gentleman in his 70's applied for a grant to be able to access aromatherapy massage sessions. He cares for his wife as well as other family members who are on the autistic spectrum and was feeling very worn out. His own health was not great either and he felt he needed some time for himself.

The grant enabled him to get several massage sessions which he said helped to ease his "ache and pains" and gave him "something to look forward to each month". His wife noticed the difference also commenting that her husband was able to "enjoy a relaxing massage to ease his own pains" and this meant that he was better able to care for her.
A woman who cares for her severely disabled son applied for a break to go away with her two younger children while her older son was in pre-arranged respite care.

The woman said the break was "perfect" and they "loved it!" She said the break allowed her younger children "to reconnect as brother and sister" and to "have freedom to be like children their age" and it also allowed her to "relax and recharge, to enjoy being a Mum without restrictions".

What Carers of East Lothian has learned

These grants continue to be valued by carers as providing flexible ways to enable them to take a break or to take a better break. They also form an important part of our work with carers. The administration of and reporting on these grants remains very time consuming and represents a significant net cost to our organisation. In the long run this is unsustainable.

The Panel process for decision making can become too rigid and not allow for responsive decisions to meet carers’ needs. Some workers in Local Authorities see these grants as a simpler way of getting carers a break than having to review packages of care and get authorisation from their managers for respite breaks.
Top tips Carers of East Lothian's top tips for an organisation that wants to run a similar project 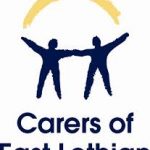