What Carers Link Time to Live did

We prioritised carers who were not in receipt of respite services, or who were in situations that were complex or close to crisis point. The latter is assess by the Carer Strain Index (The Hartford Institute for Geriatric Nursing, Division of Nursing, New York University) which is used locally by both Carers Link and the Health and Social Care Partnership to measure carer stress.

We advertised the fund in various ways, we have a service called Carers Call - volunteers regularly calling carers that are known to Carers Link. Through this they identified people who would benefit from a break and informed them of the fund. We have a quarterly newsletter, Facebook and website we used to promote the fund. Our newsletter is sent directly to over 1000 carers and also distributed to local venues. We also use local newspapers and promote it to relevant agencies in the local authority. The publicity in the local media and wider newsletter distribution allowed carers who were not known to us to access the fund.

Carers applied with the support of our staff and volunteers. In the first instance the carer were encouraged to speak to a staff member to talk over their situation and discuss the ideas they have, and if they were struggling with ideas staff helped with this.

Once the applications are gathered, the independent panel established the extent that the application fitted the above criteria. The applications that evidenced most strongly that they meet the following indicators were prioritised, the wellbeing of the carer will be improved, the carer is unable to access respite, it will allow the carer to continue caring. Carers are experiencing high stress/crisis, special priority for those whose needs are difficult to meet through traditional forms of respite.

The independent panel made decisions by consensus based on the statements the made in the application.

The Carer cares for her husband with a visual impairment and her two sons with additional support needs. The Carer works four days a week so she has very little free time to pursue her own interests and often finds herself pulled in different directions.

The Carer had asked for the fund to attend a French Polishing and Upholstery course over a weekend. She hoped this would allow her to practice her hobby at home.

The carer found that the time away allowed her focus on something the Carer had always wanted to do and allowed her a hobby to do at home. She also put it to practical use by making dining chairs. This also saved the family money by making them themselves. The carer said she had a real sense of achievement and it was an outlet for her creativity which she could not have done without the fund.
We had a call from a community psychiatric nurse who was concerned about a carer who was caring for her husband who had various health issues, bipolar, was in a wheelchair due to lack of mobility, psychosis and dementia. The statutory services available could not meet their needs due to their caring situation and the nature of all his conditions.

They could only leave the house in a taxi the costs of which were prohibitive. With support from a support worker they applied for taxi costs to fund day trips out of the house. Whilst not a break in the traditional sense the panel viewed it was a series of breaks which is very creative.

It allowed them to take time out of the house without any worry of costs was hugely beneficial to the carer and cared for. Unfortunately the cared for passed away before all the money was spent but the cared for said it was immensely beneficial for both of them and allowed them to get out and enjoy a few day trips together.
The carer supported her daughter who was turning 40 and has Asperger's, post traumatic stress disorder along with an eating disorder. The caring role was substantial and her daughter relied on her for everything and can be very controlling and challenging. The carer also had various health issues of their own.

It was difficult for the carer to have a break on her own as she felt she could not leave her daughter and if she did, the daughter just called her all the time which was more stressful than being with her. The panel felt this short break will be beneficial to both and give them both something to look forward to.

The cared-for had not been anywhere in over ten years due to her condition and for her 40th she asked to go down to London and see a show. This was a big step forward for her daughter so she was keen to try it. The panel granted them money to pay for the train down to London and an overnight stay, which would not have been possible without the fund.

The carer stated that she felt more relaxed and also had a sense of achievement as a result it boosted her confidence. She felt it let her get to know her daughter better and help understand her more. Before the trip she was really struggling balancing the very difficult caring role and her own health and she stated that the time away, (doing something fun not practical) really helped her to continue supporting her daughter.

Putting together an independent panel has allowed us to assess applications independently without any bias from staff being involved. They have managed to spread the payment award of grants evenly throughout the year. Meaning people who apply latter in the year have same chance as someone who applies at the beginning.

It has been very positive for staff members to be able to offer this to carers. Often when supporting carers if there is little statutory services can offer, and as eligibility criteria is so high and often due to the nature caring situation there is little apart from emotional support we can offer some carers. It has really helped staff who are working directly with the carers have something to offer carers that will make a tangible difference to their life.

As an organisation we were surprised how difficult some carers found it to apply for the fund. We thought we would be inundated with applications but carers found it difficult to see themselves as 'entitled' to support. They also found it hard to see how they could use it 'creatively'. With support, however, carers were able to use to apply and found it beneficial.
Top tips Carers Link East Dunbartonshire's top tips for an organisation that wants to run a similar project

Make sure the paperwork your organisation uses gathers all the relevant information for the end of year report.

Have a varied panel to help get a wider range of experiences and backgrounds.

Have the ability to make 'emergency' grants at time of crisis. 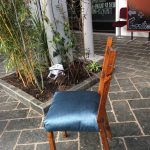