Our project provided 1:1 and group befriending for 80 children and young people with learning disabilities in the Scottish Borders.

Members formed friendships and did activities with mainly school-age volunteers. Carers had short breaks knowing their children were enjoying themselves with friends.

What Children and Young People’s Learning Disabilities Befriending Project did

Beneficiaries: 75 members with learning disabilities were supported during the year (target 75). There were 12 1:1 friendships and 63 members were in befriending groups. This provided short breaks for 132 family carers (target 130).

Volunteers 20 new volunteers from schools were trained and checked, and around 75 volunteers were involved at any one time.

1:1 links met fortnightly for 2-3 hours and did a variety of activities including meals out, going for coffee, walking, playing pool, visits to theatre & cinema, games & crafts, visits to Edinburgh, trips to garden centres and shopping. A few met at members’ homes for cooking and games, with background supervision from family carers.

Theatre visits, Burns Nights, filmed Bake-off competition, walking with Alpacas, making giant willow sculptures of the Wind in the Willows characters, and a Victorian Picnic. Performances to friends and family including Mrs Browns Boys, a Panto and Space Sheep

Only the very end of the year was affected by Coronavirus, with Roxburgh’s Got Talent postponed

132 family carers largely used the respite to spend quality time with their other children and spouses, but some met up other parents, went shopping or just had a rest, happy knowing their child was having fun with friends.

All Better Breaks priority areas were addressed apart from that dealing with children aged 0-5.

Schools provide an ideal conduit for reaching more families as they have the trust of all sides.

Carers are usually very hard-pressed for time and we need to be focused and imaginative in finding ways of enabling them to give feedback.

Succession planning is not always possible, but the forward-thinking it involves aids planning for the organisation as a whole.

How Interest Link Borders has benefitted from the funding

The grant meant we could afford specialist tutors to add an extra dimension to befriending group projects: e.g. choreographers and film makers. It strengthened funding applications to other grant makers who didn’t already know us.

75 children and young people with learning disabilities will have made friendships with each other and volunteers that they see regularly and trust. They will have done a wide range of activities of their choice that were fun and also developed their confidence, self-esteem and social skills.

93% of members said they had developed new friendships. All the children and young people involved were able to choose their activities, which covered a range as wide as any mainstream youth group/1:1 support, were fun and developed them personally. Friendships were formed in a safe and trusting environment. "Duncan says he feels happy and safe when at the group and it has enabled him to meet new people and make new friends. it is the only group that Duncan will attend as he feels accepted and able to take part.”

Natasha is mostly non-verbal but she communicates using her iPad and her big smile and infectious laugh also let us know she is having fun! Tasha especially enjoys the group as her best friend from her school days also attends so it helps them to stay in touch. It was great when we realised the connection and the girls were delighted as well. Tasha uses leg braces but this doesn’t stop her fully participating in activities like Scottish Country dancing. Tasha is looking forward to her first overnight trip with us…indoor sky diving! Tasha’s mum and dad are wonderfully supportive and she even brought her lovely gran along to see our Christmas Panto. Her family say they love it that she is out and having fun with us! Tasha has also now joined into our Manic Monday sessions and enjoys the craft group – she has made new friends in the group and also connected with folk she already knew. She enjoys the banter, the half time cuppa and taking her projects home to show off her new skills. We are just so pleased to have her with us!

77% of carers said their wellbeing increased, mainly because they knew their children were having fun with friends. Carers feel their children are missing out on the opportunities and social connections they should have. As well as addressing this, the project gives them hope for the future that their child can make social connections of their own. 95% of members said they were happier because of our activities. Children flourished because of their friendships and the fulfilling activities they were enjoying. “Making friends makes me feel happy”. “The group really is a great thing. It makes Paula think different. She is so much happier about herself.”

Corin is ten years old and lives with his parents and siblings. He is autistic and attends our community children’s group. Corin was initially unsure of joining in with us and was quite shy but he continued to attend the sessions nonetheless and is now a very much established member of the team! We have discovered that he has a fabulous singing voice and can dance up a storm! Our drama tutor actually spoke directly to Corin’s mum to say Corin has a genuine talent for singing and dancing and she is now looking at other stage groups for Corin to consider. He played Homer Simpson in our Panto. Corin has a reluctance to try new foods but has started to experiment with the lunches and snacks we provide. He was once deliberating trying a chicken snack and the volunteers started a very cheerful chant of “Do it, do it” to encourage him…much laughter all round and after recovering from happy giggles, Corin tried the chicken and loved it…high fives from everyone and he insisted I sent a picture to his mum to show her. His mum was delighted – it’s sometimes the little things. Carrie, Corin’s mum, sent us this message “Corin enjoys the Interest Link group he attends, he wasn't keen at first as it was out of his comfort zone as he doesn't like going out much. However he is very relaxed when he's there and it has helped Corin try new things - even different foods which he's usually reluctant to try. Corin especially enjoyed the Christmas panto he looked great and was very relaxed. It's lovely to see Corin enjoying something different other than gaming which is usually his world and I enjoy the break even if it is for a short time, it makes me happy that he's interacting with the volunteers and other kids with disabilities - they all look like they get on so well.”

90 carers of children and young people with learning disabilities (70% of the total 130 carers) will have had more opportunities to see friends, spend time with spouses and other children or do activities because of our project.

70% of carers said they had more time to concentrate on themselves and siblings and more opportunity to connect with friends and the community in general. Ruth, Catarina`s little sister says "I have more time with mummy and when daddy comes home there is three of us and we can play games together, and do my homework, and make biscuits." Although the respite time provided by our activities is fairly short. However, given the stress parents are under, even a small break has a big impact. It is also regular and predictable. We also provide transport to most groups and with 1:1 links, which extends the time available. The poster attached captures a few of the quotes gathered recently about what families do with their time.

Amy (who is autistic) says being part of our Front Runners youth group has made it “easy to make new friends which I like best about the group”. I have seen Amy thrive in the group. She is confident, sociable, welcoming to new members, caring and has a great sense of humour. My favourite quote of Amy’s is her regular comment: “this is fun, isn’t it?” Amy’s mum says: “Amy has something which she looks forward to, and is independent of family-led activities. The group focuses on youthful/interesting/engaging activities. We feel Amy has more in her life to talk about socially, and the group has helped her make some genuine friends for the first time. She has improved in confidence e.g. she’s willing to share opinions easily and confidently. When Amy is at the group, we have been able to have some family-time doing things which Amy would find boring or a challenge. Having more uninterrupted time with Amy’s siblings has been very beneficial.”

77% of carers said they were better able to sustain their caring role. The combination of improvement in the brightness of outlook and engagement of a child who has something to look forward to, together with the reduction in stress on other family relationships has a very positive impact on the sustainability and resilience of family life and the caring role. “Robert`s brother Alan says its quiet and peaceful when Rob is away at Interest Link He says that dad is calm and easier to talk to” The quotes on the poster attached illustrate the rest and break carers enjoy, leaving them recharged for their caring role.

Chloe is in P7, is autistic and has global developmental delay. She needs lots of help and support and finds it hard to make real friendships at school. Her current peer mentor Anna has developed their link into a lovely friendship. They enjoy regular outings together, visiting charity shops to buy soft toys, going to the playpark, going for hot chocolate at a local café, swimming at the local pool, going on the bus to Galashiels to visit the cinema there. Anna is helping to develop Chloe’s confidence. Mum says: “Chloe loves Anna, thinks she’s wonderful and wants to be just like her. I’m very thankful for the wee respite it gives me, knowing she is with a friend I can trust. I can “Breathe Out ” and settle my mind.” Chloe’s peer mentor Anna says their link is going very well. They meet weekly / fortnightly and she sometimes pops into see Chloe after school. Anna says that Chloe always wants to go out with her and she very much likes hearing from Chloe’s mum that the link is making a difference.

Volunteers will feel more confident making friends with children and young people with learning disabilities. 96% of volunteers reported this outcome.

This case study illustrates a growth in confidence, but one that is rather different to most of our volunteers' experiences. Sam has Autism and recently left school not knowing what he wanted to do and very much lacking in confidence. He initially came to the youth group as a service user but was interested in taking on more responsibility and after a few months was taken on as a volunteer. Sam enjoyed all the group activities but was particularly keen on the cookery we did. The venue where the group met also housed a community café, with which there was a fair amount of interaction, and Sam was asked if he would like to work in the cafe as an apprentice. Sam took time to consider the offer as it was a lot to think about for him, with travel, time keeping, and training. He decided to go for it, it has been a great success and he is very pleased to be earning his own money. Sam’s parents are delighted at the progression that resulted from getting involved with Interest Link. Sam’s Mum told me that “Sam’s confidence has increased substantially since becoming a volunteer and he is very pleased with what he is doing. He is more outgoing and has a sense of growing up and now moving on in his life.” 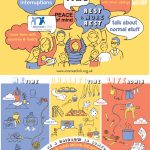