We provided grants directly to carers who care for an adult who has Down’s Syndrome and who lives with them.

Carers were asked to complete an application form which asked for details of their caring role and any support they have, also details of their health and that of the individual they care for. Applicants were also asked to complete a questionnaire asking them to evaluate the impact of their caring role on their well being, their health, their work/education and their social life. We asked them what they would like to get out of their break.

The application asked for details of the break the Carer would like to take. In cases where the Carer was not known to Down's Syndrome Scotland we asked for a referee whom the applicant knows in a personal capacity. Our decision-making grants panel consisted of four individuals, our Family Support Manager, The Chief Executive of an Edinburgh based charity which supports adults, a grandparent member of Down Syndrome Scotland who is a regular volunteer and a parent member of our charity, and who has an adult child who lives independently. The panel met 4 times to consider applications and award grants and between panel members considered applications via e-mail.

The fund was launched in November 2015. The availability of the fund was highlighted in our monthly e-bulletins and on our website as well as being publicised in social media i.e Facebook and Twitter. We shared application packs with carers networks and other charities. Application packs were available for download from our Website or by calling our National office. Our team of Family Support Service Officers who operate across all 32 local authority areas of Scotland carried stocks of application packs, handing them to eligible Carers and supporting their applications where required. Our Friends Connect Project Manager also passed copies of the form to eligible carers involved in her project.

Mum and Dad of a young man with Down's Syndrome took a city break together whilst their son was looked after by their daughter. This was only the second time that the couple had taken a break without their son. The first time being as a result of a Creative Breaks grant in a previous year. They Said "our Son is a joy but we recognised that we also needed time out to be able to continue doing our best for his care. We had an opportunity to talk about family matters and the future in a relaxed environment without worrying about the constraints common to a caring role. This gave us the opportunity to look at the positives and carry them back home with us".

Mum and Dad of a 28 year old man with Down's Syndrome took a weekend trip together whilst their son had a caravan break with carers. Before the break Mum said " spending time just the two of us is something we haven't done much of so that will be really special to help us relax. Being responsible all the time is taking its toll on us. We need to get a wee break regularly to be us, not just carers all the time"

After the break she said the highlight was "Just having time to ourselves because we have never been away just us 2 for more than a night in the last 30 years".
A father of a 47 year old son with Down's Syndrome purchased a season ticket for their favourite football team's matches in their home ground. The father said " We are football fanatics, we are enjoying attending matches at Celtic Football Club and revelling in the highs and lows of our team's fortunes."

The benefits to the father and his son reached far wider than just match days. " We look at the upcoming fixtures and plan in advance so my son knows when the matches are. He looks forward to them and we love to discuss who will be playing and the likely scores, this all adds to our enjoyment" He said "after the matches my son also likes to write to the Club Manager. My Wife and I are getting older and seeing the enjoyment our son receives from supporting Celtic helps us relax. Our trips to the football also allow my wife to have some peace and quiet and a chance to relax".

"We were able to relax fully and not worry about our son all the time, what he needs to be doing/eating/caring for him and we feel refreshed and had a lovely time and have good memories of our break" "There was plenty of rest and relaxation and time to do what we wanted to do without worrying about anyone else. My Son enjoyed himself very much with his aunt and uncle and is planning on going back next year."

When asked what the most memorable part of her break was and why, Mum said "Being away and spending time together, it was good to be like any other couple with a grown up family and be away on our own. Also meeting other couples and doing the activities we enjoy doing ourselves, walking in the hills and sightseeing"

As Down's Syndrome Scotland has been managing a Creative Breaks Fund for a few years now we have already captured lots of vital information regarding the role of the carers we support and their living circumstances. However, we notice that, although this year a slightly higher number of carers were looking to take breaks separately from their adult child than in previous years, the vast majority of carers still take breaks with the person they care for.

Our Family Support Service Officers have been invaluable in helping carers who are in extremely stressful situations make applications to the fund. These carers were unaware of the fund and due to the very demanding and complex situations in their daily lives they would not have considered applying even if they did as it seemed too difficult. This would back up the assertion that those most needing a break are often unlikely to do so unless given encouragement by a support worker.

It has been more difficult to manage the consideration of applications into scheduled panel meetings this year as there have been several cases where the opportunity to get a break has arisen very quickly or health issues have meant changes to original plans.
Top tips Down's Syndrome Scotland's top tips for an organisation that wants to run a similar project

Where the Carer is not known to the organisation ask them to give details of a referee that they know in a professional capacity and to discuss their application with the referee.

The referee can often provide the panel with further information which is significant in the prioritisation and consideration process.

When planning the project schedule in time to chase evaluation forms and be prepared to re-issue these and also offer the option of doing phone evaluations.

When selecting panel members consider whether they are able to make themselves available for quick consideration and feedback on high priority applications.

This is also very helpful where a carer has to make changes to the proposed break due to illness or other unforseen circumstances and are seeking approval for a change. 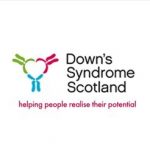