A story by Partners in Play

Partners in Play delivered a yearly programme of activities which revolved around the theme ‘Movement and Motion’ for young people with additional support needs. The carers of these young people were then able to enjoy time out from their respective caring roles.

We worked in partnership with Glasgow Clyde college and Auchengillan Outdoor Centre, who provided the base for an exciting and innovative experience for young people between 10 and 18 years with a range of additional support needs.

What Movement and Motion did

Our project aimed to provide an exciting opportunity for young people that was completely different to anything they had done before. By partnering up with the Glasgow Nautical College it was hoped that this would help to spark inspiration for a future in the nautical world. We had access to their state of the art 5 million pound ship simulator (the best in the UK) as well as a guided tour of the new Clydeside building.

Parents and young people were initially consulted at the beginning of the year to determine who would benefit from this experience. We offered ‘get to know you workshops’ to ensure the young people understood the environment they would be learning about and there were additional group sessions so as not to leave out our younger age group.

The entire project was rolled out predominately during the summer months with the survival skills taking place between January-March. During the past year we were able to offer the following, 5 ‘Get to know you workshops’ these were structured play sessions for our younger age group between 5-10 years old. A group of parents were consulted beforehand regarding the activities that would interest them. The planning was reflective of this and consisted of messy play, physical play, music and lots of safe spaces to run around.

We provided 5 Visits to the Clyde ‘Nautical College’ to experience their navigational simulator. This 5 million pound simulator was used by students to support them in their ship navigation learning. This has also incorporated several trips on a Clydeside Speedboat as well as to the transport museum. 2 survival skills programmes at Auchengillan, each programme included an introductory evening session, two day trips to Auchengillan culminating in a two night outdoor residential experience.

To ensure the smooth running of the project we assigned a Coordinator to organise sessions and support workers. We also held a yearly celebration event helping to capture the thoughts and feelings from our parent carers and young people. This data is embedded within the final report.

Child A was referred to Partners in Play in August 2016, he found it difficult to concentrate on tasks and could be very hyperactive. Mum commented that his sleeping patterns were out of sync, he often ran away for attention and broke down in school when he didn’t understand the work. He was given a place on Partners in Play’s ‘Survival skills’ Programme at Auchengillan, this concluded in a 2 night residential and was something his mum didn’t think he would have been able to cope with at the beginning of this process. Mum was also genuinely excited to be able to get a break as she is a single parent with little time to herself.

Child A completed an evaluation form at the beginning of the programme, capturing his initial thoughts and feelings and the skills he would like to learn. This would be used as a baseline to measure his emotional and physical accomplishments by the end of the project.

The self-catering cabin was an ideal setting to encourage independent transitional skills such as cooking, cleaning, team games and personal hygiene. This was alongside the campfire and den building lessons. The Better Breaks funding has given Child A the confidence to excel at these these activities and make some new friends outside of school, he thrived on having some extra responsibility and this ultimately helped him to focus on listening to instructions from staff members and something he could do at home.

‘I love feeling like part of the group and want to do the whole thing again’.
Child B was a recent referral to Partners in Play, he was incredibly anxious and lacked the self-confidence to try new activities. Participating in a weekend residential was completely out of the question. We worked intensely with child B, slowly building up his coping strategies with new situations. This included a visit to his home and consistently planned day sessions to build up his trust and reduce stress and worrying. A visual timetable was also used as well as constant reassurance from his key worker.

These inputs paid off as by the time the residential came along he was observed running onto the mini bus and was genuinely excited to be going away as he knew all of the staff and young people who would be attending. By the end of the trip his confidence was through the roof and he had learned ‘5 new skills’ including making his own breakfast, canoeing and toasting bread on a campfire. His favourite part of the programme was ‘making new friends’ and he was looking forward to becoming the ‘next Bear Grylls.
Carer C, from South Lanarkshire was instrumental in ensuring her child had access to as many leisure opportunities as she could. This was usually at the sacrifice of her own hobbies and interests. She didn’t have access to a car which meant she was usually travelling everywhere on public transport to be certain he made his drama or music class or didn’t miss a sports activity.

Carer C was worried that her son was heavily reliant on her time and would find it difficult to attend anything without her there, she was beginning to feel exhausted and tired all the time. After reassurance of exactly what the Better Breaks funding would mean for her child, she was delighted to find she would suddenly have all of this free time for herself. She is now a strong supporter of our service and has been championing us to the various parent/Carer organisations throughout Lanarkshire.

Parent C lives in South Lanarkshire and thanks to this funding her son was able to register with Partners in Play, then subsequently signposted to some of the organisations that we have strong links with to help her to sustain her caring role.

‘I hope this is the first trip of many as I am seldom without him, house is so quiet, and I’ve done two washing's, had my dinner and done the washing uninterrupted. Time to chill out and watch a film. Thanks to the charities and organisations who make this possible’

What Partners in Play has learned

The use of an unconventional partner helped to widen the world of young people particularly who hadn’t considered college as an option. Suddenly we had young people wanting to become engineers. The college offered everything from welding to navigational skills and we were able to capture a snapshot of this for our young people.

However, additionally, there was the challenge of working with an industry that didn’t fully understand the needs of our young people. They misunderstood their obligation and cancelled our activity days at the last minute in the middle of our summer plan, plummeting us into the situation of having nothing to offer our young people. Fortunately we were able to break down some barriers and turn this around. The staff at the college became enthusiastic, engaging and the use of the simulator was an experience that will stay with the young people for life. This was topped off with a speedboat ride along the River Clyde.

Our renewed relationship with Clyde College has allowed us to forge links with other departments. It is hoped we can use these contacts and fresh ideas for future transitional programmes, such as hospitality, training or retail inputs. The fund helped us to stretch out our summer programme and added volume to our popular activity weekends. This resulted in being able to give everyone the opportunity to attend at least one weekend and each one had a different theme to appeal to all young people.

It also meant we were able to attract carers from South Lanarkshire helping us to become a Lanarkshire wide organisation. In the past we have been limited to catering from the North of Lanarkshire but our Better Breaks funding ensured we were targeting as many parent carers as we could.
Top tips Partners in Play's top tips for an organisation that wants to run a similar project

Provide the young people with a really interesting experience.

They absolutely loved steering the 360 simulator, the thrill of the speedboat and the freedom and independence created by the outdoor residential.

Have a plan in place detailing how the project will run without funding every year. Whether this is charging parents a small fee or sourcing funding from elsewhere.

Is your project too ambitious?

Always have a backup plan!

If your partner let's you down and your project doesn’t go the way you had hoped, breathe and quickly assemble an alternative project with the same outcomes.

We had a reliable, exciting and trusted programme that we could put it place when we were disappointed by our original partner. Thankfully their opinions changed and we then ended up with a two projects that complimented each other wonderfully. 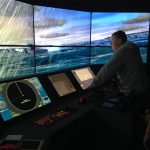 
No. of carers who benefitted