We provided a monthly peer support group for parent carers. The group has given parents the opportunity to meet for peer support, to chat and share experiences, and develop friendships.

What Parent Carers Group did

We have been able to utilise existing staff to deliver the project, including our designated Parent Carers Support Worker and our Training and Activities Co-ordinator.
We advertised the group to registered carers with North Argyll Carers Centres but have also informed our colleagues in Health and Social Care, as they may be able to promote the group to those that are not registered. Our local Consultant Paediatrician, nursing teams based locally and social work and education are all aware and promote. We also placed posters within the community focusing on places where parent carers may be, for example, Sports Centre, Cafes, Supermarkets

We provided a monthly peer support group for parent carers, hosting the group in a local soft play area, booking the area exclusively enabling a relaxed environment for both parents and children. The group has given parents the opportunity to meet for peer support, to chat and share experiences, and develop friendships. The group lasted for two hours in duration and we have balanced keeping the peer support central to the core of the group, we have also invited speakers to the group as an information sharing medium, as well as our staff team being able to keep parent carers updated on latest information that may be of value to them.

Sessions include speakers on the subjects of Self Directed Support, Autism support locally, health and well-being activities with our Training and Activities
Co-ordianator. We also organised an away day for families attending the group, the group chose their destination and we organised and facilitated people attending the day. This gave wider family groups the opportunity to get to know each other. We went to Blair Drummond Safari Park.

Parent Carers got the opportunity to access 'time out'and relaxation through Time for Me therapies at the Carers Centre a Spa Day on Mull again the parents chose where they wanted to go. This was the opportunity for further bonding and the short ferry journey to Mull with lunch and therapies proved a real success for those able to attend.

Barbara and her husband adopted Peter when he was a baby and who has cerebral palsy. He is now twelve years old and they have two daughters aged eight and nine. Barbara has MS and her youngest daughter has just been diagnosed with Epilepsy. Barabra was added to the closed Facebook group by a friend, and encouraged to come to the Parent Carers Group and found the peer support helpful.

Other group members recommended that she register at the Carers Centre for some individual support so she eventually contacted us and I arranged an initial home visit, which she really appreciated because she needed to talk. She runs her own business as well as caring for the children and volunteering so had been feeling overwhelmed but also guilty and ashamed to admit that she was not coping.

After registering Barbara as a carer and her oldest daughter as a young carer, I did a carers support plan which highlighted a few key areas of need including respite and emotional support. I referred the family to SWD so that Adam could be assessed and arranged person centred counselling for Barbara. Her stress levels were clearly impacting on her own health and she had a major MS relapse in January this year so I started providing individual support and made appointments with our volunteer massage therapists. She enjoyed the Spa Day Trip to Mull.

Barbara tells us that she is very glad she came to us but wishes she had done so years ago because we have given her permission and strategies to look after herself as well as everyone else. She is still waiting on the SWD assessment and still comes in for emotional support but is feeling much stronger and more supported in her caring role.
Brenda and her partner care for her eight year old son John, who has Autism Spectrum Disorder and they also have a five year old boy, who has developmental delay and Brenda's seventeen year old daughter lives with them too. They were in a three bedroom house but Sean really needed his own room so Brenda and Phillip moved John into their bedroom and waited for years for housing to allocate them a four bedroom house. Brenda found this process very frustrating and exhausting and got a lot of support including advocacy from our Manager which eventually helped them to get their brand new house at the end of last year.

Brenda benefited from the peer support within the group because she was struggling to maintain a positive outlook whilst living in her old house and dealing with the many challenges of caring for her children. The other parents in the group helped her to stay optimistic but reassured her that it was okay to complain and cry sometimes. She felt empathy and acceptance which helped her through a very difficult period.
A group of parent carers attended a day out where 8 parent carers travelled on a morning ferry to the Isle of Mull Hotel, Craignure, Mull. The group were booked for therapies and lunch at the hotel, and use of the leisure facilities throughout the day.

Those involved commented on the relaxation and the positive effect of having a relaxing day out, and one lady who had attended the group just once, felt the day away supported her developing friendships with others in the group.

We also took families to Blair Drummond Safari Park, Stirling shire. for a day out. This encouraged wider family connections and support for all the family.
On both occasions such a lot of fun and laughter was had by all, and treasured memories captured.

The fund has enabled us to continue this group and offer more opportunity to access support and respite for parent carers. Our learning has focused on the positives of an empowered group by enabling the group to drive the purpose and shape it is a place carers come back to time and time again. The power of peer support is a the heart of the group, and is the biggest benefit of this group. Those that meet naturally support each other with their conversation, knowledge and lived experience.

We feel the closed Facebook group managed by the group themselves in a hugely positive vehicle to engage with carers new to support. Social media gives those that cannot make the one group per month but who have questions, comments and support to seek, a forum to engage. By keeping things simple and creating safe spaces and support in an easily accessible way does make a significant difference to parent carers and their wider families.

Being able to have a staff member at the group gives parents the continuing opportunity to seek support and information can be shared with those attending, as well as posting on the Facebook site.
Top tips North Argyll Carers Centre's top tips for an organisation that wants to run a similar project

Be as flexible as possible in organising events and accept that not all can attend due to caring responsibilities however if alternatives and flexibility built in more people can be reached.

Use technologies in tandem with face to face - this increases reach and enables continuity of support.

Check in continuously with the group and ensure that the direction of the group is still what the parent carers want from the group.

Communication is key to the group staying true to its purpose and from our learning, listening to ideas and evolving suggestions is a rich experience and supports the parent carers ownership of the group. 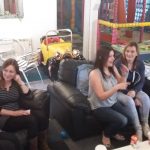