A story by Unity Enterprise

We provided grants directly to Carers, living in South Ayrshire so that they could plan and pay for a short break of their choice.

What Person Centered Holiday Fund for Carers did

Application Process, our Criteria Checklist quickly ensured that applicants met all the eligibility criteria before completing an application form. We did not keep a record of the number of applicants who did not meet criteria, but plan to make note of this in the future.

Application Form, we asked the applicant for details of their desired short break, personal details and caring information. It also allowed them to detail who else would benefit from the break, this allowed us to collate information of additional carers or family members benefiting. It also provided space for the applicant to describe benefits they would get from the break and how this would help redress the balance with a life outside of caring.

Application Panel, the completed forms were then discussed and passed by a panel. The panel met once every two months with a date pre-determined so we could set a deadline for each round of funding. We first met at the beginning of December 2015 and carried out six funding rounds with the last panel meeting on 25th August. The panel was consistent for the full funding period (Minister- Salvation Army, Coordinator Chest Heart and Stroke, Former Carer and Coordinator of Carers Centre).

Notes of discussion were made on newly created template, detailing what the panel’s recommendations were. This was useful in the case of refused applications, most applicants refused were encouraged to reapply. The panel’s feedback was helpful in submitting a successful application next time around. Applications were primarily refused as the panel could not see where the Carer was benefiting from the activity.

As money was tighter in previous years the panel would often make alternate suggestions on applications (an example of this was a Carer who had applied for a new tablet/IPad as the one they had was not working properly. The panel suggested a repair instead. The iPad was repaired, the Carer was happy and instead of the grant costing over £200. It cost £25.00) the panel’s decision is final.

Advertising, We were fortunate that the local newspaper carried an article about the Short Breaks Fund, early into the funding year. In addition to this we advertised through posters on our Windows and in GP Surgeries, Library’s and Community Centres. The local authority buy in was better than in previous years with Social Services being more aware of the fund they made several referrals to the centre with the Short Break being the first point of engagement for several Carers.

We also spoke about the Short Breaks money when we did awareness raising events or talks to other community and or health groups. It featured in our quarterly newsletter. We would also advertise the fund during every funding cycle on our Facebook. In addition we sent the information to all community partners through our TSI.

Two successes through advertising, were the centre’s windows, we had four applicants new to the centre simply by seeing the fund advertised here. Our Facebook page, especially for the last round of funding, where over 200 people seen the post and 3 people contacted us to make an application.

Developments, We have used the information gained through applications and previous evaluations to apply for funding using the same criteria but altered eligibility through the local Charitable Trust as this would allow us to add monies to the Short Break pot but also allow us to offer a Short Break to Carers who are in receipt of a State Pension. This is a point of contention for many of our Carers who feel that although they are financially disadvantaged and may have less income than some of the younger applicants with a range of benefits there is no Short Break opportunities for people in this category.

Carer looks after husband who has cancer and mental health issues. The carer also has her own mental health issues and struggles in her daily role as a carer. This is obviously a very stressful situation and the carer is glad of any respite. They have a son who tries to support but he also has various issues.

The cared for has to attend various health appointment all over West Scotland and this can be very difficult to manage. Both Carer and cared for were delighted with the break in a guest house in Northern Scotland and they reported they came back refreshed.
The carer is originally from North Ireland and not had any face to face contact with family for a long time. A trip to Ireland was awarded for the carer and cared for.

Unfortunately the cared for was to unwell to travel at the time and the carer went with their granddaughter who is a young carer. Both carers said the trip was brilliant to be away from all the stress of caring and to meet all their family members was just fantastic
A Young Carer applied for a laptop and was successful. They had struggled at school and failed all their exams and wanted to leave. However they were convinced to go back to school but were then diagnosed with ADHD. The school permitted the Young Carer to use the laptop in school as it had a tool added to it helping people to cope with ADHD.

The young person is now coping much better at school and this is having a great effect on his caring role. The cared for is also feeling the benefit as the young carer confidence is much higher and they are all together in a better place

What Unity Enterprise has learned

We changed some organsational processes and this was helpful. We were able to book and pay for breaks in-house, in previous years we had to do this through our head office. The ability to do this meant that we able to process the breaks quicker, this had a number of benefits, we could negotiate better deals and save some money which was ploughed back into the funding pot.

Where there was unexpected issues arise with the break we could speak with Carers and make the necessary changes, and of course Carers felt more at ease as they were in receipt of their equipment of booking details sooner.
Top tips Unity Enterprise's top tips for an organisation that wants to run a similar project

Before you advertise your project make sure that you have an application form designed, and a checklist. Have a set of guidelines for the application, about how the process works, what is expected of each party i.e. The applicant and the Centre.

Include information about how people can appeal decisions and what support for completing applications is available. Include a section in which people agree that they must take part in evaluation.

If you are going to have a panel, think about who would make up a good mix. We have a former Carer on our panel which is helpful as they can empathise with the situations Carers have written on their forms. 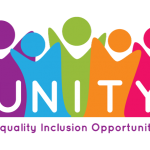