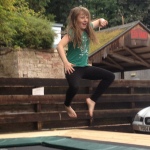 The children with autism met fortnightly for 6 months before they went to camp for a social activity and did a variety of things including outdoor activities to familiarise them with things they would be doing at camp.

The social outings gave a chance for the children to get to know each other and the staff to reduce anxiety and stress before going on camp. The siblings followed a similar structure but met on a monthly basis prior to camp.

To provide four outdoor activity weekends for children under 16 diagnosed with autism and separate breaks for their young carer siblings to allow different options for respite for the whole family.

The weekends will allow the children with autism some independence from their parents and help support team working and social skills, all supported by one to one volunteers who will work with the children fortnightly for 6 months before their break to build relationships, The young carers on their weekends as well as having some time to be “children” away from the family home, will be in a peer supportive environment.

Preparation is key! We cannot expect children on the autism spectrum to pack and go away for the weekend with adults and children they don't know to a place they don't know so the pre camp socials are an absolute must to build trust and relationships. This also works in reverse for staff and volunteers to spend time with the children and for our Short Breaks Co-ordinator to speak to families to complete information sheets to help them have as much knowledge of the children to support their experience in the best way possible.

For children we provided an initial information session, fortnightly social activities, and a pre camp trip to Teen Ranch and for parents/carers they received parent information packs with all they needed to know, information sessions and our Short Breaks Co-ordinator spent time going over children's routines, triggers to anxieties, possible strategies to supports, food requirements and much more which ultimately led to all information being available for volunteers and the information summarised in a communication passport, which some children have continued using in other areas of their lives.

Finally, volunteers were involved in the sharing of information, given a full training programme and monthly support and supervision sessions with our Short Breaks Co-ordinator to ensure they felt confident and fully supported in their role.

Communication is vital, not only between staff and families but between staff and Teen Ranch, who had previously had autism groups staying with them but none as young as some of our children so there was a lot awareness raising to be done with the camp staff.

All concerns that parents had pre camp were dealt with via the Short Breaks Co-ordinator to Teen Ranch which helped break down any barriers which may have stopped children attending with changes and adjustments made to accommodate all children's needs.

Evaluations were essential, the first evaluations went out at the half way point of the project and have been crucial for planning future camps and improving our services to make the experience the best it can be for our young people, the evaluations also gave us good opportunity to work with Teen Ranch to change what needed to be changed but also to know what worked well. They also allowed another opportunity for input from children and their parents.
Stacey is 10 and along with her diagnosis of autism, has a number of complex support needs, including separation anxiety, which has a major impact on family life, leaving little time for her parents and her younger sister to relax and to spend time doing things that Stacey is unable to do. For Stacey it was really important that she felt secure, well supported and comfortable with the staff and volunteers who were attending camp and therefore the social meetings were imperative to the success of her experiences, they were also important to allow Stacey's parents to feel comfortable in letting her be away from home.

Her parents in the evaluation said, "Stacey was able to stay away overnight which she had never done before, as a family we had a relaxing break knowing that she was well looked after, we wanted her to experience staying overnight somewhere without getting over anxious and she was well prepared thanks to Fiona and her team". Stacey experienced lots of activities she had never done before, her confidence has increased and she had lots of fun giving the whole weekend in her evaluation 5 out of 5!
Noah is 13 and has a dual diagnosis of ASD and ADHD, he has many behavioural issues which have resulted in exclusion from school. Noah's mum is a single parent and registered with Perth Autism Support at the recommendation of school as she was finding it increasingly difficult to cope with Noah's behaviour, particularly when he was at home all the time due to his exclusion.

Initially Noah was reluctant to access any services but blossomed throughout his Project Teen Ranch journey, he has made real friendships and now accesses many different services we provide, giving his mum lots of respite time. She is delighted he has formed friendships and reported that since his short breaks experience and continued support his anxiety has lessened, she is more relaxed and able to deal with her caring role and Noah has recently started a new school in which he is flourishing.
Louise is an 11 year old girl who lives in a rural part of Perthshire with her family, including her brother with autism. Due to their location, it can be difficult for Louise to access after school activities and this can be compounded with the family caring role for her younger brother. Louise therefore spends a lot of time with her brother and therefore the impact of his challenges due to his autism can have a very profound effect.

When her brother accesses out of school activities through Perth Autism Support, again, this can leave Louise feeling not included so the short breaks project allowed her the opportunity to spend time with other children who experience similar home lives. Feedback from her parents stated "it was great she got a fun weekend away through her brother which helps their relationship" and Louise herself said "it was a positive thing I got to do because of my brothers autism".
We worked hard with preparation for camps so both carers and children/young people had positive outcomes. In many cases the children had not been away from home before so it was important to not only prepare and make the children feel comfortable but to assure the parents that we were prepared and confident in looking after their child whilst at camp.

The evaluations from both parents and children after camp were very positive. Project Teen Ranch has allowed the children to access activities they may not have had the opportunity to do which has increased their confidence and self-esteem and has led to some of the children being able to go away on weekend activities with other groups such as Young Carers and schools.
The young people who were involved with Project Teen Ranch were fully involved in the planning and decision making about the weekends, from the initial information sessions held by our Short Breaks Co-ordinator they were able to ask questions and put forward ideas for how they would like their weekend to be.

It was really important that all the volunteers who accompanied the staff were as knowledgeable about the children as possible, so the children and parents/carers were involved with putting together their communication passports to share information they felt was important to know about them with everyone involved in the project. The young people also had input and suggestions into the social meetings held on a fortnightly basis pre camp and carers were also encouraged to be involved with planning with the distribution of parent packs, information sheets and pre camp trip to Teen Ranch.
95% of the children we support at Perth Autism Support do not meet the criteria for respite provision from our local authority, therefore, Project Teen Ranch was a stand alone project which did not replace statutory short break provision.
The peer support for children at camp was incredible and really helped the children to grow in confidence and to develop friendships in an adult supported environment which have carried on in other service areas of Perth Autism Support. All of our parents reported in their evaluations that they wanted their children to gain confidence, independence and friendships from their Teen Ranch experience and all strongly agreed that this had been achieved.
The only unexpected challenge we encountered was making sure that there was enough space in the dormitory environment to allow everyone to stay as calm as possible and have the opportunity to have some alone time outwith the team activities and group sleeping arrangements as needed. Thankfully as we were the only group at camp this was easily resolved and for our further camps arranged in the Spring we have arranged this to be the case again to allow enough room to accommodate any issues.

Undoubtedly the biggest benefit was the real peer friendships and sense of team and camaraderie that developed within the group, we arranged the social meetings to allow the children to be familiar with each other and the staff but this went far deeper than we ever anticipated with the respect shown to staff from the children and the team work and reciprocal support shown both at camp and at the social meetings.
We opened up the project to all children who were old enough to participate and already registered with us, the majority of these children had either multiple needs or whose parents were about to go through the process of the P7 residential trip and who were unsure whether their child was equipped to deal with this or knew they would not be able to attend school trips due to the specialist support required and this was therefore the child's opportunity to have a similar experience. All the partnership organisations we work with were advise so they might let families who are not already known to us know about the project and we advertised on our website, social media and local press.
All of our children have multiple support needs with social, communication and behavioural difficulties but there are a large number of children with a co-morbid diagnosis which can include ADHD, anxiety, dyspraxia and dyslexia amongst others.
The experience of the Better Breaks fund for Perth Autism Support has been fantastic, Shared Care Scotland and been incredibly supportive and informative throughout the entire process from application to report writing, providing useful, meaningful workshops throughout and we cannot fault their communication! Pleasure to deal with!
We can see the difference the project is making in the number of children continuing to access other groups within Perth Autism Support which they may not have felt confident enough to do before, the friendships which have been made are clear and the confidence and independence reported by parents who have noticed changes in their children have all been noted.

We have also provided the opportunity for children and parents to complete evaluation forms to give us their feedback on the differences to their lives our Project Teen Ranch has made.

Hours of short breaks respite that cared for people received