We provided grants directly to carers who live in Renfrewshire and care for someone over the age of 21 years, to plan and pay for a break of their choice.

What Renfrewshire Creative Breaks Fund did

We set deadline dates and panel meeting dates then informed all staff of these dates, criteria and how to apply. Deadline dates, information about how to apply for the funding was all uploaded to our website, our social media and monthly Ebulletins, a press release was sent to local newspapers and magazines and Engage included a link to our website on their Ebulletin which goes to all local voluntary organisations. All this information was also in the Autumn and Winter newsletters.

Our decision making panel consists of Tracy Wallace, Office Manager who was also responsible for the administration, Maureen Caldwell, Chairperson, a Carer and Allan Mair, representative from Renfrewshire Health and Social Care Partnership. In the absence of a panel member, another board member came along to help decide, such as the vice chair or treasurer.

Social Workers and healthcare professionals are also privy to all Ebulletins/newsletters but we also sent a separate email to them highlighting the funding was available.

Mrs J was persuaded by her friends to go to Blackpool with them in September to see the illuminations. Financially she was struggling to make ends meet since giving up work to care for her husband who had suffered a stroke. The £300 awarded was used to fund the break and a member of her family moved into their home to care for her husband.

On return from her break she knew that her husband was safe and well looked after by other members of the family and she felt better supported and she was not the only person who could help.
This carer gets weekly three hour respite services from the centre but during those three hours she would normally do a food shop or run errands making her more stressed. The spa membership was £200 for the year, she paid for an additional few hours respite with the other £100 and took herself off to the spa for a swim, sauna and steam room, allowing time to recharge the batteries.

At the spa she also chatted to other members who helped with her with the isolation she was feeling and lack of social activities and friendships.

Awarding the grants is fabulous we have even had carers in tears and so grateful it makes it all worthwhile. We thought our application form was a bit long and repetitive and may put people off completing so we made some changes and got a better response. Getting receipts was slightly challenging only one carer out of the 40 did not spend the grant on what they applied for even though we specifically get them to agree to the terms and conditions which is only to spend money on what they initially applied for. Often carers feel they are not entitled to any money but has been down to a great team of staff that we had such a great response as they encourage carers to apply and help them to complete the application.
Top tips Renfrewshire Carers Centre's top tips for an organisation that wants to run a similar project

Make deadlines for each round of applications 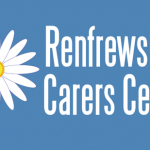