A story by Geeza Break

This service allowed parents/carers time to themselves to de-stress, look after their own health, or spend quality time and focus on their other children and family members.

What Respite Services for Parents/Carers/Siblings did

The children with multiple support needs were fully integrated into the TOFFEE Club activity programmes with staff providing additional support as required and ensuring that activities were tailored to their needs and abilities. The children were involved with lots of fun activities, making new friends, learning new games, dressing up, arts and crafts, physical activities focusing on health and fitness. The children also took part in a Glasgow City bus tour which included visiting Glasgow Art Gallery and Museum and The Riverside Museum (Transport Museum).

The children had fun playing, learning, and have been safe and happy. In addition to the above there was a large variety of free play activities available such as, board games, puzzles, computer games, small world play, library/quiet area, etc. The children with multiple support needs particularly like the Magician Man including the balloon making and the disappearing rabbit and the spinning plates were mesmerising for the children.

Carers have enjoyed a few hours to themselves. Sometimes that was just doing household chores or shopping in peace. Some also met up with family and friends or went out for coffee.

L is 11 years old with several conditions Cerebral Palsy, heart murmur, hearing impaired, PICA (eating disorder) and although there has been no diagnosis, he also has a number of autistic traits and attends an additional support needs school. At home, L is prone to taking tantrums and will lash out at his mum and older sister as well as wrecking things around the house including kicking holes in doors.

L has never displayed any of the behaviours he displays at home while he is at the TOFFEE Club and thrives through interaction with his peers, he can be an extremely affectionate, caring boy who loves to help the younger children. Having an outlet where he is able to reduce his social isolation and mix with other children helps increase his social skills as he is not only mixing with other children who have additional needs, but also children from mainstream schools and by doing so, is learning positive behaviours and different techniques for dealing with his frustrations whilst engaging in fun, stimulating activities.
Family O were referred to Geeza Break by their health visitor who was looking for some additional support for the family. The family comprises of Mum, Dad and four children aged between 3 -13years. One of the children (S) has multiple support needs and does not sleep well.

A meeting was arranged with both parents to carry out an assessment of the family needs and how best Geeza Break could support the family. During the assessment a general discussion took place around S and his multiple support needs and also his ongoing health assessment. Both parents were struggling to look after S during the night and both are very tired saying that when S does sleep they have to attend to their other three children.

Mum and Dad expressed feelings of guilt saying that they are not always available for the other children but the do their very best. It was explained to the parents in detail the services Geeza Break provides and TOFFEE Club was one of the services identified as being most beneficial to the family.

The 2 younger children (including S) were offered full time (Monday to Friday, 10am to 3pm) at TOFFEE club during the summer holidays 2016. The older sibling was provided with Respite sitting sessions in the home. At the TOFFEE Club S was able to take part in fun and stimulating activities including arts and crafts, board games and ball games in the gym hall. The service was fully utilised and the children had great fun whilst making new friends.

The intense, holistic package of support put in place meant that the entire family benefited from the service as the parents were able to get a rest during the day.The parents also got to spend some time with each other and had a trip to the cinema as they had not been out together for a long time, reducing stress and helping them to better care for the children.
Geeza Break received a self-referral from a single Mum who has two children, M (8) and C (3). M has multiple support needs and is up often during the night. This also disrupts C’s sleep. Mum suffers from depression and reported that her relationship with C is deteriorating as she hardly gets any time to spend with him. Mum struggles throughout school holidays as the multiple support needs that M has mean that she needs to supervise him all the time. Mum also has no support from her family or friends and needed time out.

Geeza Break organised a 3 days a week placement (during Easter and Summer holidays) for M to allow Mum to have a break from caring for up to 5 hours each day. This also allowed Mum to concentrate on caring for, bonding and spending quality time with C during TOFFEE Club hours. They were able to visit local parks, go to the café together and go to the soft play which Mum had not been able to do before. Mum reported that her relationship with C had improved greatly and that C was much more secure and content when M was home.

What Geeza Break has learned

The children particularly enjoyed the chance to take part in the City bus tour outing and visiting the transport museum and Kelvingrove as this is something they would not normally have the chance to do.

The children enjoyed taking part in activities and playing with other children and getting out doors at the sessions when the weather was fine. The respite really gives carers a much needed break allowing them to recharge their batteries and supporting those who health is suffering.
Top tips Geeza Break's top tips for an organisation that wants to run a similar project

Ensure staff take the time to read up on each child’s condition.

Flexibility of staff is essential. 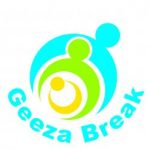