A story by PKAVS young carers

We provide respite groups to young carers age 8 – 15 in rural Perthshire on a fortnightly basis so they can access respite from their caring role which hasn’t always been accessible due to the rural locality of where they live.

What Respite for Young Carers in Rural Perth did

We have successfully run groups in the Crieff and Blairgowrie areas, this has equated to six respite groups each month during the school term. At these groups young carers have the opportunity to take part in a variety of activities including arts and crafts, baking, sport activities and activities suggested by them that they may not have otherwise had the opportunity to access. The day trips that we have offered allowed young carers a longer period of respite and included activities such as Glasgow Science Centre, ice skating and swimming, outdoor activity courses and country parks.

At the start of each term timetables are sent to all of the young carers that we support in rural areas offering them support at the appropriate groups. Young carers then have the choice as to which groups and activities they would like to attend. We offer all of our rural young carers the opportunity to access transport if this is something that they will have a problem with. We use staff, volunteer drivers and taxi companies to ensure that anyone we support can easily access any group that they wish to attend. Day trips are also offered to all of the young carers that we support in these rural areas and again if a young carer is struggling with transport we ensure that this is facilitated.

Within the past year we have had many changes within our staff team. This has proved challenging at times, however we are now back to a full staff compliment and we have a new rural outreach support worker in place. We continuously work to recruit volunteers for rural areas.

Jo is 8 years old and cares for his brother who has autism and ASD. He lives in the rural village of Burrelton in Perth & Kinross. Jo spends all of his time with his brother as they are at the same school. They walk to school together, spend breaks and lunch together and walk home together too. Jo feels a sense of responsibility for making sure his brother is safe when not with his mum and dad. Since joining young carers Jo has attended fortnightly respite groups in Blairgowrie.

He is picked up by a taxi as it is hard for his mum to get his brother out of the house. He finds it hard to make friends at school due to always being with his brother but this group has given him the chance to build and maintain friendships in his own right. He has also enjoyed taking part in new activities he had not previously been able to, including swimming, ice skating and arts and crafts. Jo has also attended a residential break this year where he had 4 nights and 5 days of respite from his caring role.

This was the first time he had been away from his family for such a long amount of time and he showed a real maturity when it came to interacting, communicating and supporting others. This was a 'holiday' for Jo and certainly an opportunity he would not have otherwise been able to have.
Josh is 9 years old and lives with his mum who has depression and anxiety. There is also a history of domestic abuse which Josh has been witness to. They live in the rural town of Crieff and have no family or friends nearby. The school referred Josh to young carers as they felt he was struggling to deal with his own emotions and finding it hard to seek help for managing home life.

Josh regularly attends respite groups which have developed his confidence and social skills as he has been given the opportunity to meet new people as the rural group supports young carers from a variety of different schools in the surrounding area. Josh has benefited from building a peer support network with other young carers who are in similar situations to him, and this has helped him realise that other young people have had to deal with similar experiences.

Josh and his mum now report that Josh feels less socially isolated. Through the support of our service we have identified and supported the family to access additional support to help them with a range of issues from within the home, such as Womens Aid, Wellbeing Support Team and Live Active Leisure.
Kayleigh is 13 and cares for her sister who has Spina Bifida. Kayleigh takes on a very high physical and emotional caring role for her sister as well as helping look after her baby brother. When Kayleigh was first referred to the service she was experiencing low mood and feeling unmotivated. As a result she struggled to attend school regularly and was in constant disagreement with her parents about her role in the family. Since accessing the service Kayleigh has received regular one to one support to help her develop coping strategies to aid her caring role.

What PKAVS young carers has learned

With our service now having a stronger presence in rural areas our relationship with schools, social work and other third sector organisations has much improved. With this we have seen an increase in the number of referrals received from these areas as we have seen a wave of new young carers.

Unfortunately our work in the Kinross area has proved more challenging. Following our initial trial of a respite group our staff then worked in partnership with Kinross High School to develop and create a school based support group for young carers. This proved beneficial to a few young carers and is something the school have maintained with their own dedicated staff member. We have regular input to this group, and the school are working with us to try and increase referrals in order to identify hidden young carers. We are also in the planning stages of potential running a group with another third sector organisation who are looking to increase support in this area.

With the developing support in Balirgowrie and Crieff we have created a better relationship with the young people and their families and have found that they are taking up respite opportunities not only during term time but also in the holidays. Many more young carers in rural areas have accessed day trips and residentials than in previous years. This better relationship has helped us to better understand the needs of rural young carers and ensure support is personalised to them, i.e. timing of respite groups bearing in mind their rural position.
Top tips PKAVS young carers's top tips for an organisation that wants to run a similar project

Ensure that you take into account when approaching the rural area all the challenges these families can face, for example transport issues, social isolation, travel time and distance and also the many different feeder schools that support these areas.

Work closely with schools, professionals and other organisations in the area, as a regular presence has proven to impact significantly on referrals received.

If at first you don’t succeed, try again.

Look at different avenues into offering your support and don’t assume what you run in other areas will work everywhere. By being persistent other opportunities will likely present themselves. 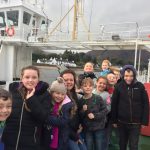