We provided group outings for children and young people with additional support needs and their families in Falkirk District and Clackmannanshire during the school summer holidays, at Christmas time 2015 and in Spring 2016.

In the past year we facilitated outings for 7 groups of children and young people with multiple support needs from Falkirk District and Clackmannanshire and their families. Following consultation with families, we offered a series of fun, rewarding and stimulating supported outings to Auchingarrich Wildlife Centre, a Pantomime and Blair Drummond Safari Park.

Families had the opportunity enjoy a break together with support, and in the company of other families. This provided the opportunity to take part in activities and visit places that they might otherwise find difficult to access, however in many cases it increased confidence among families about the possibility of visiting these places again, independently having seen what was involved.The families also benefited from the contact they had with other families, sharing information and developing new friendships for ongoing peer support.

The outings were publicised widely in our newsletter which is distributed to local carers, hospitals, GP practices, libraries and other agencies and organisations. They were also publicised on our recently developed website, our E-Bulletin, Facebook page and on Twitter.

We worked with partner organisations across the public and third sector such as Falkirk Families Service, Falkirk Autistic Bairns, Social Work and Education Services to ensure that we reached as many families as possible. Partner organisations promoted these opportunities to families they were supporting and directly referred those they had identified as vulnerable and/or socially isolated. This has reinforced positive working relationships between partners and created a pathway for external agencies to introduce our service to their clients and vice versa.

Most of our trips were oversubscribed and we used eligibility criteria to prioritise the applications to ensure that those carers who received the least support from other services and those who had participated in no, or fewer Better Breaks outings were offered places.

Lisa cares for her son aged 7 who has Autism and she also has a set of twins aged 3 and a young baby. Currently one of the twins is being assessed for Autism and she has returned to work following maternity leave. Lisa manages a busy household and has coped with a number of changes and transitions whilst coordinating family life and undertaking a full time job.

Lisa contacted the Carers Centre for support as she found managing behaviour and social activities challenging and had become concerned she was losing patience and finding it increasingly difficult to enjoy time together as a family. She was concerned about the difficulties of supervising all of the children at the same time when they went out anywhere. In addition to safety concerns, she has experienced judgement from members of the public if she attends to one child, it is difficult to also supervise the others and she can feel overwhelmed and anxious. Taken together Lisa felt very stressed and low about her current situation.

Lisa and her family attended a Better Breaks outing following which Lisa reported an improvement in her own health and well being, explaining “being out with the children in the sunshine has boosted my morale and given us a relaxing day out”. She also commented saying she felt “less stressed and very relaxed”.

This was echoed in our outing evaluations in general with 98% of all parent carers reporting an improvement in their health and well being as a result of taking part in the outings. Being supported on the outings by other parents and staff allowed Lisa and her children to go out as a family and enjoy their time together.

Other parents also said, “Very stress free day” “Good to have a laugh with friends” “Made me feel less stressed and isolated.” and “A nice day out doing 'normal' things, no stress or work to worry about, less worried.”
Donna cares for her son aged 9 who has a bowel disorder which means he has significant continence issues and difficulty with communication. Donna is a single parent and is in full time employment which means it can be difficult to have time to herself outside of her caring role. Her mother previously helped provide alternative care, however because of her age and her own health needs Donna is now reluctant to ask for her help and support.

The outings allowed Donna to meet other parent carers and she reported that the outings had given her confidence to meet other parents in similar situations. She commented that she “met a couple of nice ladies, joined a Facebook group with a lot of support”. Having met new friends on the outing, she was introduced to our parent carers social media group which will allow her to benefit from ongoing peer support. She said “The kindness and support has helped a lot, as well as the introduction to other people. It has helped a lot knowing we are not alone”.

From our evaluations, 95% of carers indicated that the outings had increased their opportunities to have a life outside of caring. Whilst we recognise that the cared for person is in attendance on the outings, evaluations have suggested that being able to enjoy their time as parents rather than carers, and being able to tap in to peer support has been an invaluable resource to parent carers. The outings also give parents an opportunity to meet others and try a social activity which broadens their scope of opportunities which they may not have had the confidence, time or inclination to engage with otherwise.

Parents said, “It was a great day. Felt very supported and will now have the confidence to book another show/panto.” and “Helped improve my confidence to take my kids to other trips/venues.”
Pat cares for her son Joe (5) with Autism and her 10 month old baby. Her partner works away for long periods of time and she often she feels like she functions like a single parent. Often she expressed feelings of being overwhelmed and isolated. Further to this, when her partner returns home it can be hard work to co-parent and keep consistent boundaries in place which has put strain on their relationship. They can often have differences in opinion about how to manage situations and Pat often feels judged and isn’t confident in her approach.

Like a lot of parent carers, Pat worries about the road ahead and what life will be like for her son. She worries whether she is saying and doing the ‘right things’ and expressed she finds it difficult to manage his behaviour, especially when out in public. This has made her reluctant to go out places for fear of being judged or that things might escalate.

Since taking part in the outings, Pat has reported benefiting from peer support at the outings. “Socialising with other families emphasises that we are not alone and therefore gives us more confidence with Joe”. Pat reported learning a lot from other parents and found watching them interact with their children helpful. Peer support was highlighted in the evaluation, when 90% of carers taking part in the outings also reported feeling more confident in their caring role.

Pat commented further “I managed two melt downs on the trip whereas before I wouldn’t have”.

The fund has allowed us to reach and offer support to a large number of parent carers and the children and young people that they care for. We have seen the benefits of bringing people together in situations where they do not feel they are being judged by others, parents, siblings and children with disabilities can relax and have fun together without worrying about the disapproval of others:

“Being with other families with ASN made it feel more acceptable for my own child’s behaviour” “It was good to meet other mums and got a few tips from them when we sat down for lunch” “I feel part of a community and learn lots from other carers”.

A challenge has been coping with the demand for trips, particularly as we try to reach new carers and those less likely to ask for support. Our outings are greatly over-subscribed and had to be limited to families caring for a child with multiple support needs with little or no other support in place and who had attended no previous Better Breaks outings in the past.

Unfortunately this means raising expectations with a large number of families in the first instance, leading to subsequent disappointment when places cannot be allocated. We will be looking at this going forward in relation to our Better Breaks award for 2016-17 and will perhaps consider tightening up the eligibility criteria from the outset.
Top tips Falkirk & Clackmannanshire Carers Centre's top tips for an organisation that wants to run a similar project

We produced credit card sized information cards that had contact details for staff, the venue and timings for lunch and departure. Families found this useful to remember arrangements and to prepare children and young people for the schedule for the outing.

When making arrangements with providers, it is always worth asking what discounts they can offer carers as often admission rates are discounted. We have found local and national companies are often willing and happy to provide discounts and wee extras.

Carers that lunch together, chat together.

We normally have lunch together as this can be a great opportunity for carers to meet and exchange ideas. Often families feel isolated so it’s important to capitalise on peer support and use the outing as a platform for parent carers to build their network of support.

We have developed a Facebook Group so that carers can continue this following the outing. It can also act as a conduit for those who have been reluctant to access a support group. 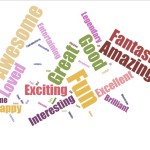