Short Breaks for people with Dementia & their Carers

A story by Alzheimer Scotland - Action on Dementia

We provided grants directly to carers who care for people living with dementia to plan and pay for a short break of their choice.

What Short Breaks for people with Dementia & their Carers did

We keep the application process simple, as caring can be stressful enough. People complete a two page form, which only asks the information we need to assess why, what and how much would help them create a personalised break that will reduce their stress, increase their well being and sustain them in their caring role.

We acknowledge all applications giving ideas of timescales and how they will be informed of result of their application. Regular panels are held with dates publicised at the beginning of the funding period, that mostly meet at four to five week intervals. The panel is made up of a person living with Dementia, a carer and a member of staff (all volunteers). The Creative Breaks Co-ordinator facilitates the panel. Applications are decided on the day, but may be carried over if further information is required. All applicants/referrers are contacted within two weeks of the panel date and most awards are paid out within this timescale (unless held for future payment).

The funding is advertised through a network of previous referrers, key contacts and national websites. We use social media to promote the funding opportunity. One of our strongest routes is word of mouth, as people spread the word about how much this meant to them. Details of the opportunity are now being shared by Dementia Cafes, Carers Support Groups and other types of groups, as people meet together and discuss what makes a difference to them.

We also helped people share their stories through the press and other media outlets, as hearing about the real changes this type of funding makes is more relevant than anything else. This word of mouth has attracted organisations to contact us to see how they can be part of helping to be part of the difference that Creative Breaks can make to carers. This has led to offers of donated breaks and other leisure opportunities that can make a great difference to those who care.

A gentleman applied for a break that would allow him to continue a hobby he loved, Falconry. The gentleman aimed to book the break later in the funding period, however due to his wife’s increasing ill health this became very difficult for him to arrange and he wanted to return the funding. He spoke to the referrer and they contacted us asking if we would think about changing the type of the break and offered an Ipad, as the gentleman had previously had an Ipad that allowed him to keep in touch with family, friends and his community through Skype, social media and other web-based applications.

We ran this by the panel and they were happy to give this creative option to the gentleman, allowing him to keep visiting his wife in hospital, but freeing him up to stay in touch with others in a way that was less stressful and more sustainable.
One gentleman was finding his caring role very stressful, but was finding it difficult to tap into suitable supports that would help him de-stress. Joining groups was not for him. So he asked would we pay for a fishing permit for a local fishing area. His wife had lots of support that suited her needs and this would allow him to relax and recharge in the best way for him.

We paid for the permit, for less than £200, and this allowed him a full season of fishing. Maybe he just sat with his own company, chatted with a fellow angler or just enjoyed being in a beautiful setting… and if he caught a fish it was a bonus!
A lady was referred from a local carers centre to see if we could award her funding to have a short break with her daughter, who had a terminal illness. As the lady supported her husband she could not see how the break could be taken. Working with local Dementia Services in her area the lady was encouraged to seek input from Social Work, to put in place support.

Over a space of months services were put in place that allowed the lady to realise that she not only needed breaks from her caring role, but that it was vital for her wish, to support her husband at home for as long as she could. This gave her the time and energy to arrange the break that best suited her and her daughter.

They had an amazing time away and the lady felt that she had benefited in so many ways. This became more poignant, as the daughter passed away literally weeks, suddenly and unexpectedly, after the break.
One lady supporting her husband was becoming more stressed, as gaining help from medical sources was stressful for her husband. We helped the lady access a local two day first aid course to reduce some of the need for medical assistance, increase her own well being and reduce her husband’s stress. This has allowed both to sustain their situation.

What Alzheimer Scotland - Action on Dementia has learned

Word of mouth and personal testimony is vital. We had tried posters and leaflets in the past that had not increased our uptake, even when targeted at those that we felt needed the breaks most. When we asked carers most of them told us they had made an application based on the positive effects that they had heard it had made for others.

This led us to target people who had referred in the past, those who spoke to carers and we asked those who had enjoyed their break. Sharing those stories in the media has also increased our reach, as many people couldn’t see why this would be for them, but by hearing from people in a similar situation to them had helped them understand that it could be something that would make a difference in their own caring roles.

Often the process really needs those ‘good conversations’. Those are the one-to-one discussions that can prompt an application, give detail to an idea, help people see what this could mean to them and realise that breaks are not a ‘one size fits all’, they should be as creative and personalised as needed.

Little things mean a lot… It’s not just the big things that matter. We had one break applied for on behalf of a couple by their support worker, who only wanted the money to pay for a specialist taxi to take them to the coast and back. They didn’t want the money for lunch… they didn’t want an overnight stay… they didn’t even need the money to pay for support (the worker was in place). All they needed was the means to get there, and the flexibility to arrange it for a day when the lady felt up to it. Yes, little things mean a lot!

Sometimes this is just not the right opportunity! We have had a few breaks both this year and in the past, where we had granted funding and the break just did not happen. Maybe illness had changed the circumstances for the person, the person was too stressed to deal with creating a break (no matter how much support to plan), or the person just didn’t want to have a break.

Sometimes it’s about being graceful and supportive, whilst accepting that what you have is not for everyone. Almost all of those that returned or refused funding gained something from applying, even if it was just to know that someone cared about their situation.
Top tips Alzheimer Scotland - Action on Dementia's top tips for an organisation that wants to run a similar project

Allow for being flexible.

We asked referrers this year what made them apply to our fund over other funds. They all agree that it was due to our understanding of the need to be flexible in our approach to funding.

They found it helpful that we could understand that things can change quite quickly for people and that some breaks took longer than others to arrange. We often had to accept that due to changes in circumstance the type/nature of break often had to change and this was really vital in some cases to allow any break to be taken at all.

Your fund can’t be everything to everyone. Our fund can offer the same opportunity to anyone caring for a person living with Dementia throughout Scotland.

This is why people applied specifically to our fund and often encouraged people who would not have applied to a more general fund. We don’t have the capacity to react to ‘emergency’ applications, but people know when our panels are and it allows them to plan for their application.

We often have found that finding the key people in areas can help you reach people you could have never reached in any other way!

We have only been able to engage with some people by sharing the information with others. All communities are reachable… you just need to find the right people to extend the reach! 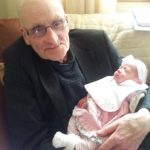