Breaks for Siblings of Children with Autism

We provided a range of activities for the siblings of children undergoing assessment for, or with a diagnosis of Autism Spectrum Disorder in Perth.

These included weekly term time groups, days out during the holidays and training about Autism to help the young people understand their siblings.

What Breaks for Siblings of Children with Autism did

A Sibling Co-ordinator was appointed to take the lead on organising the various activities and to be a main point of contact for parents and carers. In order to ensure appropriate support was provided, additional staff were sourced from the existing pool within the activities team at Perth Autism Support.

Each block of activities was advertised via a programme of support which was circulated to all parents of children with autism registered with Perth Autism Support. At the outset of the project information was released to various professionals within Perth and Kinross detailing the type of support offered. Once the programme was circulated, parents/carers could sign their child up for any activities they would like to attend.

In order to engage those who may not readily ask for help, siblings who were known to have a high caring role were targeted and phone calls made to their parents to introduce the service and what could be offered. A slow introduction to the service, including initial meetings at the young person’s house or at our centre, was part of this package. When new parents registered with the organisation the Family Support Worker would sign post to the sibling service where relevant.

Throughout the year various staff at Perth Autism Support attended events and included information regarding the sibling project in their promotional material. These events included the local Young Carer’s Conference and the international Autism-Europe Conference.

Two weekly social groups were offered during term time. These were based in the Perth Autism Support Centre. In order to provide continuous support throughout the year, one day out per week of the school holidays was organised during the Easter and Summer holidays for the siblings as well as a Christmas party. In addition to the above, two six week blocks of sibling training sessions were organised through the year. The break described above provided an opportunity for carers to develop a life outside of their caring role and make connections with others in a similar position, who have a personal understanding of the particular challenges associated with living in an autism household.

A referral was made to the service with the following key focus areas / areas of concern: the young person was a target of aggression at home by their sibling with Autism Spectrum Disorder and where the young person felt insecure in their friendships which resulted in occasional isolation from peers.

What Happened: the young person attended the term time social group each week, where they knew some other young people from previously attending residential camps for siblings with Perth Autism Support. The young person regularly attended and integrated well into the group, though did stay within groups of people which were comfortable for them rather than mixing with others they didn’t already know.

The young person attended the full course of Time for Us and engaged well with the activities. The topics covered allowed for conversations to take place surrounding feelings about the young person’s sibling and promoted awareness of supports that were in place. At the conclusion of the 6 week programme an evaluation showed that the young person felt that they understood what having a sibling with autism meant for them and knew where they would go to get help if they had a question about their sibling or about autism.

The young person continued to access the social group, however following a difficult time at school paired with an increase in incidences of challenging behaviour from his sibling, relationships within the group began breaking down. Weekly 1:1 sessions with the sibling coordinator were started at the conclusion of each social group to allow focused work to take place regarding any incidents which occurred and to provide an opportunity for reinforcement of positive aspects of friendships within the group and reparative work where things had been more difficult with peers.

The young person also accessed activity days out during the school holidays, the aim of which was to ensure that continuous support was offered throughout the school year. The relationship built up between the young person and the sibling coordinator during 1:1 sessions was useful during this time as activity days out were longer than the social group and so there were more opportunities for issues or misunderstandings to arise with the young person and their peers and these could be picked up on and dealt with promptly, avoiding prolonged feelings of instability in the group.

Plan: that the young person would attend weekly 1:1 sessions with the sibling coordinator going through the sibling training programme (Time for Us)

What Happened: The young person was referred to the sibling service through a Senior Social Care Officer at Perth & Kinross Council who was working with the family. It was identified that the young person would not access a group setting but required support in understanding their sibling’s difficulties.

Plan: The young person would attend activities during the summer holiday period to provide respite opportunities during an unstructured part of the year, peer friendships would be promoted during activity days out and reinforced to the young person in order that they could recognise them and Sibling Coordinator was available to provide 1:1 support on specific issues should this be required.

What Happened: For example: What work was actually done / what went well / what did not work as well / other observations

The young person attended activity days out during the summer holiday period. The groups were split into primary age and secondary age in order to provide peer groups for the young people in attendance. The young person was new to the service so did not know any others in the group prior to attending, though he had met with the sibling coordinator so had a familiar face.

Time was given in the group to discuss anything about autism or their siblings that the group would like to share and the young person entered into discussions with others in the group, supported by the sibling coordinator, about similarities and differences with their siblings.

Outcomes: The young person accessed activity days out during the summer holidays and made connections with other young people in a similar situation
The young person continued accessing support opportunities

What Perth Autism Support has learned

Through the year of funding we have learned that there is a gap in the support provided to siblings of children with autism spectrum disorder. Through conversation with many of the young people that have been supported through this project, we realised that this is something they have come to accept and many develop their own coping strategies which are not always healthy or beneficial and include distancing themselves from their sibling or throwing themselves so fully into their caring role that they deny their own needs. We feel that the support we have provided within the last year has helped the siblings begin to realise that there is a way this can be balanced – however it requires structures of support, such as those provided by this service, to be in place.

Having this funding in place has helped those who have worked directly with the siblings, who also work children with autism within our organisation, to fully appreciate the impact that the challenges autism brings can have on a family dynamic, which we believe will in turn improve the level of service provided to the whole family. We have learned that it is important to have connections with other services, as those less likely to ask for support themselves may be more likely to engage should another professional or agency who is already involved refer them.
Top tips Perth Autism Support's top tips for an organisation that wants to run a similar project

It takes time to build up a strong enough relationship, particularly those who have sustained a caring role for a longer period of time, to be able to discuss difficult issues. I found that it was towards the middle/end of the funding year that many of the siblings and families became more open 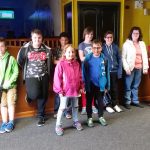