A story by Care for Carers

We delivered a pilot remote rural Dark Sky Astronomy Residential Short Break for Carers in March 2016. There were 8 carers on the break.

Places were filled from the initial publicity shots and were prioritised for carers living in Edinburgh and areas of deprivation. The break took place on the Isle of Coll, one of only 2 Dark Sky accredited sites in Scotland.

What Stepping Out Residential Short Breaks for Carers did

The pilot, Dark Sky Astronomy Break took place over 3 nights in March 2016. The caring situations of the 8 carers who took part included, kinship caring, drug and alcohol, mental health, learning disability, physical disability and acquired brain injury. 2 of the carers had long term health conditions themselves and 1 was recovering from cancer treatment. The group was aged from 39 to 60 years of age.

The carers took part in a structured Astronomy Learning Programme held on the Isle of Coll, the programme included star gazing, working with telescopes including solar telescopes, experiencing the planetarium. The residential nature of the break meant there was plenty time for carers to get some one to one support from the tutors. The break was structured so that there was time to explore the local area and the island, take part in some local activities, socialise with each other and enjoy the beautiful surroundings.

This break took carers living in urban areas to a remote, rural place where they all responded to the peace and tranquility. Carers used friends and family and existing service provision to provide respite cover to the person they care for while they were away.

J is a Kinship Carer who had not been on a break for over a year, she was very tearful and stressed on arrival and did not feel that she was coping and wasn't sure about sharing a room on the break. She was looking for a break that was a bit adventurous and further away from home. The break on Coll fitted and the time on the train travelling to Oban allowed her to talk about her situation and begin to calm down.

Since the break she has come forward for more one to one support and has taken up other opportunities for carers in the city for the first time. We had 3 Kinship Carers on this break whose health and well being has been seriously compromised by their caring situations. All were visibly stressed about trying to get away and had had little or no time to prepare. Every one of them appreciated having the time away from caring, being able to socialise and have fun without worrying about childcare, responsibilities, shopping, cooking and day to day organising for others.
The whole group enjoyed the experience, felt they had learnt something new and that it was something they would not have undertaken by themselves. Carers told us they planned to share the knowledge that they had gained with their families and friends. The Kinship Carers were especially excited about having something new to involve their grandchildren in and were looking forward to teaching them more about science and astronomy.

Carers are keen to come back and learn more. 1 carer has gone on to do an online course in astronomy as well as joining the astronomical society. He has also been putting together a presentation of his experience and is keen to share this with other carers at a future astronomy event in 2017. This is a first for this carer as well as for us.

Another carer has already used the experience to go back to the island with her husband and 2 other carers have made enquiries about returning.
All of the carers on this trip, although not all in the same caring situation, were isolated in varying degrees. Ranging from 1 person with 24/7 caring responsibilities for 2 people to another carer who has a job and friends but no one to share his experience of being a carer because of worries about stigma.

This was also the first time that the Kinship Carer mentioned above had really spoken at length about her situation and her loneliness in being a Kinship Carer. 4 of the carers were coping with very difficult and demanding caring situations on their own with very little opportunity to meet or socialise with other people and/or having to give up work because of their caring roles.

The nature of this break allowed carers to spend a lot of time together, to talk and share experiences, to provide support and understanding, to socialise or have some quiet time. The staff role and the relationship with the group is really important to facilitate and provide support as and when needed and to encourage carers to come forward for more services and to connect with us again.

What Care for Carers has learned

Travel and transport to rural Scotland can be a big challenge, we used car, bus, train, taxi and ferries for this trip. We underestimated the complexity of travel, particularly winter timetables and increasing cost.
Top tips Care for Carers's top tips for an organisation that wants to run a similar project

Plan, plan and then plan some more.

Transport can be complex, easy to exhaust your group and that defeats the purpose. Think about staging the journey.

Weather is a huge factor in Scotland no matter what time of year but because we were looking for Dark Skies in winter months it was a particular issue. Ferries get cancelled, trains don't run.... you need insurance, plan b and plan c!. 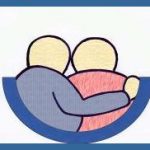