We provide boat trips on the Tay for Carers and the people they Care For, including the opportunity to learn boating skills, enjoy an unconventional respite break.

In the case of Carers, or share with their charges inspirational experiences such as viewing dolphins at close quarters.

Due to the specialist nature of the task and the high level of qualifications required, we recruited staff principally from the ranks of members, also occasional sessional staff from the local boating community. Carers and cared-for were identified and organised by client organisations, each of which received a presentation on the planned activities.

Initial sessions took place in Victoria Dock, Dundee, comprising a tour of the North Carr Lightship, a lesson in tying knots and a chance to navigate one of our vessels around the dock. As the weather improved our principal seagoing vessel, Badger was used to take parties for an excursion around the Tay in the area of Broughty Ferry to Buddon Ness.

We finally produced 94 hour-long sessions of intensive work on the water. The carers partook of a number of activities during the sessions. Undeniably the most popular was viewing the dolphins. Sightings ranged from the cetaceans swimming past to spectacular acrobatic displays just a few metres from the vessel. Since our surveys of earlier projects had told us that steering the boat was more popular than we had supposed, this activity featured strongly and was tied in with an introduction to the electronic chart plotter and echo sounder.

The parties had the navigational buoyage system explained to them and other wildlife such as seals and cormorants all formed part of the tour guiding narrative. We explained wherever possible everything that we were doing on the water and why we were doing it. Most people who traveled with us saw the dolphins, however it became clear from the survey returns and anecdotal evidence that all thoroughly enjoyed the exhilarating experience of being on the water and undoubtedly gained a whole new perspective on their lives.

Carer A is elderly (78) but very active and has a significant caring role more so emotionally as her grandson uses substances. She has become quite practiced at having to deal with often emotive and challenging situations on a regular basis. She has felt often in her local community the stigma that comes from this kind of caring role.

She enjoyed the opportunity to attend the event on the day and said “this is something I would never imagine doing but I loved it”. The day gave her time away from her difficult caring role with other carers in similar situations. She enjoyed the boat trip, the information given and that she was treated as “normal” and not the “junkie's granny”. A day out like this was invaluable in allowing her to take have an opportunity to enjoy life outside of her caring role.

Carer A reported that she felt supported to attend and supported on the day as she was with carers also affected by someone’s substance misuse as well as feeling good about the day which impacted positively on her mental health and well-being.
Carer D has been caring for a long time for a family member and had begun volunteering before being diagnosed with cancer. She had several major operations and reported that the day out “was just the tonic she needed to feel better and to enjoy some much needed time out at a difficult time in her life”.

She reported she felt better supported to sustain her caring role.
Carers B and C attended with their son whom they care for.  He has had mental health issues as well as substance misuse for a long period of time.  This short break was a rare opportunity for them as a family to come to an event together. They filled in an evaluation after the event and reported that they felt very supported and accepted as a family with no judgements.

They have faced prejudice in their community and liked the opportunity to take part in an event they were not otherwise likely to do.  Carer B reported it improved his relationship with his son and they are now trying to do more events and activities. Carer B felt that this trip started this process for him and his son whom he has supported for a long time.

Their son also gave feedback and he said he “felt good to be treated as normal and that no-one knew him in Broughty Ferry” he “enjoyed being out on the boat and seeing a dolphin and a seal was something he never imagined he would do”  he expressed heartfelt thanks for being allowed to come to an event with his parents.
Carer E had recently moved to the area and had not had much opportunity to meet with other carers due to her caring role.  She was able to bring her cared for person on the day and reported that she “felt very welcomed and supported on the day”.

She also commented “it was lovely to meet other carers and cared for and just to get out for a few hours away from the house”. She reported she felt supported as a carer to have a life outside of her caring role and she felt it improved her mental health and well-being.

The fund has enabled us to engage with deserving carers and fulfill some of their needs. The pivotal role of these projects in ensuring that the shortfall in support is met. The extent to which Taymara's project can deliver results out of all proportion to input.

The surprisingly large number of very young carers. Monitoring projects where the participants are fed in by third parties is exceedingly difficult.
Top tips Taymara's top tips for an organisation that wants to run a similar project

Engage as soon as possible and as effectively as possible with a wide range of feeder organisations.

Ensure more advanced information is sent out and that learning resources are fully prepared. 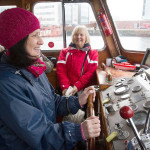