A Teatime Club for People with Dementia

The Teatime Club was held twice a month and is an opportunity for individuals living with dementia and their carer/family to enjoy a fish supper tea, cake, fun activities in a supported and caring environment.

Accessible transport to and from the club is available to anyone that needs it.

What A Teatime Club for People with Dementia did

During the reporting period the project recruited a Relief Support Worker. Initially this was advertised internally and we were fortunate to receive an application from an existing volunteer, she commenced her employment with us in July 2016 and has been of great benefit to the Teatime Club covering for permanent staff during sickness and holiday absences etc.

In the last year I am pleased to report that we have been able to provide 24 Teatime Clubs, which is in keeping with our revised application to the Short Breaks Fund. These were respite breaks for carers and families and lasted for up to 4 hrs per month. The Teatime Club took place on the first Tuesday of every month at St. Thomas’ Church in Edinburgh.

Those with dementia and their carers had the opportunity to use the accessible transport we provided or to make their own way to the venue dependent on their own transport arrangements. Whilst at the Teatime Club attendees enjoyed a fish supper tea, cakes and refreshments and a varied selection of activities and entertainment.

Activities included retro table top games, musical bingo, play your cards right and a beetle drive whilst on other nights we enjoyed performances from an accordionist, fiddler, keyboardist and singer. We were delighted to be visited by an exhibition from the Edinburgh Military Mobile Museum, a travelling museum of wartime artefacts and memorabilia. Participants were able to handle, ask questions and wear some of the pieces on show.

We were delighted to attract the largest number of attendees to our Christmas Teatime Club. In total we welcomed 18 adults, 16 carers and 8 volunteers. A traditional Christmas two course meal was provided followed by a wonderful performance from the Edinburgh Police Choir.

Mrs White has attended our Teatime Club for a number of months now. Mrs White lives on her own and is cared for by her daughter Celia who lives locally. Celia often accompanies her mum to the Teatime Club.

Although Celia visits her mother regularly these visits tend to be dominated by the need to attend to practical care needs and housekeeping tasks, leaving little opportunity to spend quality time together. Being the principal carer Celia commented on a number of occasions how overwhelming it was assuming responsibility for the care needs of her mother. At times she expressed a sadness when reflecting on the relationship she had enjoyed with her mother prior to the onset of dementia.

Attending the Teatime Club together gave them an opportunity to socialise as mother and daughter in a supported environment. Celia was able to switch off from her role as a carer knowing that staff were on hand to provide the care and support her mother required. This enabled Celia to feel more relaxed and free to interact with her mother on a more social level as opposed to attending to her care needs.

Whilst at the Teatime Club Celia was able to meet staff and receive advice concerning her mother’s care. Staff were able to provide Celia with information relating to other services and in particular services that offer support and advice to carers.
In November 2015 we received an enquiry from a gentleman called Mr Robertson, who resides in the local community. Mr Robertson explained that his mother, who was currently living in Southampton, was moving to Edinburgh to live in a sheltered housing complex near to him. Relocating his mother had not been an easy decision to make but due to her failing health and impaired cognition Mr Robertson knew his mother would require more care and support.

Mr Robertson was anxious to organise some social care services for his mother’s arrival in Edinburgh but was finding this difficult to arrange in advance of her arrival. Upon hearing about the Teatime Club Mr Robertson contacted us and explained his mother’s situation. He was very keen to attend the Teatime Club with his mother and felt she would benefit from this gentle introduction into social care services.

In turn Mr Robertson thought it would provide him with an opportunity to assess how his mother was in a social situation which would enable him to gauge what level of care she would require. We were delighted to welcome Mr Robertson and his mother along to the Club in December 2015 and are pleased to say that they are still regular attendees. As we did not require a formal referral for Mr Robertson’s mother to attend the Teatime Club she was able to attend with her son, upon her arrival in Edinburgh.
A gentleman called Victor had been attending our day care service for a number of months. Staff were concerned about Victor’s wife Betty as she appeared to be under considerable strain whilst caring for Victor. Although attempts were made to support Betty she seemed reluctant to discuss matters on the telephone. During one phone call a member of staff suggested to Betty that she may like to attend our Teatime Club with Victor.

Whilst this would be of benefit to Victor the main rationale behind this was to encourage engagement with Betty which would hopefully enable us to support her and offer advice. I am pleased to say that Betty did attend the Teatime Club with Victor and both seemed to thoroughly enjoy it. Although it was small steps in the beginning what ensued was a relationship of trust and support between Betty and the staff.

The Teatime Club helped to build a relationship with Betty, gain her trust and ultimately allow staff to offer her the help and support she so desperately needed.

As an organisation it is better to invest time in applying for larger scale funding to finance the project for a length of time as opposed to securing smaller scale grants intermittently. This provides more sustainability to the project and enables forward planning. It also allows the manager to concentrate on the delivery of the project and its evaluation.

Offering the Teatime Club has supported people and carers with the transition into core day care services. It was of great benefit to those individuals who were reluctant to receive services as they could experience an informal but well supported service that hopefully allayed their preconceptions of what dementia support services entailed.

We realised that it is essential to continually promote and advertise the project. Very quickly numbers can diminish and if you do not promote the service then it does not operate to its full potential.
Top tips Corstorphine Dementia Project Limited's top tips for an organisation that wants to run a similar project

Ensure that you have a good pool of volunteers to help with the social aspect of the project.

This is of great benefit when staff are attending to matters such as personal care, administering medication, speaking to carers etc. as volunteers can continue with the social interaction thus maintaining momentum .

Always stress to carers that accessible transport is provided as part of the project. Many carers will assume that they must make their own way to the Club which can be a deterrent.

The accessible transport has been a crucial element in the success of the project and facilitated the attendance of many carers and their loved one who would otherwise have been unable to attend.

We have found it very helpful to produce a six monthly programme of activities. This details what entertainment or activity will be on offer after our meal.

We have found this to be an incentive to interested parties and to also advise current attendees. It has allowed people to dip in and out of the project dependent on their interests. 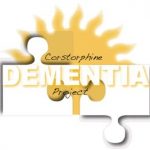