A story by Time to Live for Mental Health Carers

We provided grants directly to carers who care for an adult with serious mental health problems or mental illness living in Scotland.

What Time to Live for Mental Health Carers did

We applied the same process as previously although we ran 4 rounds of applications rather than 2 as requested by the panel. We applied quite detailed criteria having learned that this was the only way of making fair decisions when there is more demand than can be met. We split the applications amongst the panel with a checklist for decision-making. This allowed each panel member to focus on fewer forms and so we all believed we were making much more considered and fair judgements.

Compared to 2015, 2016 showed increase in applications of 25% and an awards increase by 38%. To advertise the fund we targeted areas where uptake in past years have been relatively low, namely the Highlands and Islands including an advert in publications covering Highland area via all newspapers and journals over Christmas period. We also targeted Borders and Aberdeen areas. We revised our in-house produced promotional leaflet to give examples of possible breaks with smaller amounts of money, to encourage a variety of activities including ongoing leisure like cinema-pass.

We were aimed to encourage applications for breaks other than holiday breaks, not only to give people ideas for breaks that might bring longer term benefit but also to enable us to spread the limited funds more widely with smaller sums going to larger numbers of people. This had a small impact on the types of breaks requested but not as great as we had hoped. We still received a large number of applications simply for the full amount towards a family holiday or break.

"This break of taking an hour to relax helps me to regroup myself. So the stress levels may be the same on occasions but having that time out helps for that day or few days to cope with being a carer. I don’t feel so many tight back knots so much any more and having time out reflects on the cared for person as I am more level-headed.” (course of massages)

“Awesome experience, learning to drive has helped me to manage my stress levels which in turn has helped with my confidence. It allows me to have a break once a week to take part in an enjoyable activity. It has also enabled me to learn a new skill which will become a vital part of my caring role. I am very grateful to have been given this opportunity. I cannot put into words how much this means to me” (series of driving lessons).

“My stress has reduced [with my new enclosed garden]. The dog doesn’t wander off any more and my son spends more time out there pacing instead of doing it in the house which is a HUGE relief. Then it rains and is misty and the brightness of the gate brightens up my outlook. I wish I could better express how it makes a difference. My son said he feels safer. The garden in now enclosed. It is not open on to a wide expanse of ground. I have attached fairy lights so that even at night it draws your eyes in closer and gives a more ‘closed in’ feeling – I really think it will be a life saver in the winter.” (Mother with a son with schizophrenia creates an enclosed garden)
“This break was really beneficial to my well being. I was apprehensive before about leaving my son but when I got there I started to feel more relaxed and started to enjoy the time at the studios. I came out feeling more confident and it lifted myself-esteem. You see your problems at a different angle, less of a worry. You feel stronger to cope. Since my experience, my son has also started showing more interest in involvement in his own musical instrument and he is more sociable. I think it is me being more happy and confident and it reflects on him and he is able to cope better too.” (Father and son struggling to maintain a relationship and Father very low. Booked 5 hours in a music studio to record his own music).

One very elderly carer asked for money to build a proper bird table, because of her age and her husband’s severe mental health problems she could not take advantage of a break away from home, but she loves feeding the birds in her garden. This has given her enormous pleasure over the summer and early Autumn. Something just for her in very difficult circumstances.
“I can put on the headphones and listen to music or watch a video without having to think about catering to the needs of the person I care for. I can also play games and read books, all without having to leave the house so I am less stressed and more relaxed” Thank you so much!” (Kindle and Amazon membership).

“It was really good to get out and do things in the summer. It was nice to go out with mum, having the vouchers means we had ideas about where to go and what to do. I really enjoyed the cinema, I like watching BFG all of it was really good fun!”(young carer asked for money to activity vouchers to have time with her mum rather than away on her own)

What Time to Live for Mental Health Carers has learned

We have developed really clear and effective processes for managing this type of scheme and we would like to find funding in the future to do something similar as it has had such a significant impact for carers. It has been a dedicated project for one of our staff who has developed great expertise and knowledge now that we can use in many other ways.

We know a great deal about short breaks now and the kinds of breaks that make the most difference. Although many carers did seek a break or annual holiday, an increasing number applied for different types of time out, and we now have a bank of case studies that can evidence the value of short breaks for mental health carers specifically. In particular we have been surprised by the number of people choosing breaks with the person they are caring for.
Top tips Time to Live for Mental Health Carers's top tips for an organisation that wants to run a similar project

Make Guidelines and criteria against which break can be taken, as clear as possible for applicant and support worker to consider when completing application.

We started with ‘light touch’ guidelines and more open forms but found assessing different applications almost impossible and felt we were disadvantaging those who were least articulate and able to express their own views in their own words.

Ensure recording methods for administration purposes are set up in advance to handle queries and applications, particularly if there is a tight fixed timetable for turnaround of processes.

Getting sight of the mid and final report questions in advance of the opening of the scheme would make the recording process more efficient and avoid input of unnecessary details.

Inform all carer support workers of both successful and unsuccessful applicants in advance of award-holders so that support can be prepared/put in place as appropriate, particularly if funding needs to be sought elsewhere, to minimise disappointment.

The role of the support worker is critical, not just for the reason above, but to help those less able to apply to have an equal chance of being funded. This was what let many of the carers who were unsuccessful down lack of detail in the form. 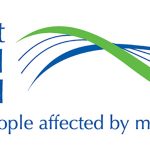