We provided a weekly group for young female, BME carers living within City of Edinburgh.

The aim of the project was to access ‘hard-to-reach’ carers from BME communities and give the girls a space to share their experience both as carers and as teenage girls who often feel different from their peers and socially isolated.

What Yolo Sistas did

From October 2015 to September 2016 we ran a weekly group for 30 sessions, each group session comprised of 3 hours (90 hours). The group sessions took place in our group room / kitchen space at Multi Cultural Family Base. We transported the girls to the sessions (Mondays 3.30 to 6.30pm) and dropped them off home after the group. Eight girls attend on a regular basis. The girls were either referred directly to the project from other agencies or their families were already known to the agency.

We provided 5 workshop sessions over the year. This included 4 pottery workshops at South Bridge Resource Centre and a film making workshop with Screen Scotland. The series of pottery workshops were particularly successful as they gave the girls an opportunity to be creative with significant improvements in their sense of self esteem. In November we employed an additional worker who was Mandarin-speaking and she became a positive adult female role model for two of the Chinese girls within the group.

The sessions are based on the agency’s group work model which offers peer support, shared experiences, respite from caring and opportunities to explore their identities as young BME women. The girls also made use of the role modelling offered by the facilitators as a means of exploring their identity. The aims of the group are met through a range of activities such as cooking and baking foods from Scottish and other cultures, engaging in arts and crafts, self care activities and discussion about topics which are important to the girls. The girls in particular are interested in cooking activities and they use this as a safe medium to discuss a range of topics.

Quizzes have also been used as a way to introduce topics of discussion within the group. Discussions are rich and lively and have covered topics such as looking after family members, fears and concerns, travel, sexuality and developmental issues, smoking and alcohol use, living independently, peer and family relationships, choosing a partner, education, choosing a career, cultural differences, being different in their peer groups at school, experiences of racism and their hopes for the future.

Rana moved from Ghana in 2014 to Edinburgh, she was referred to Multi Cultural Family Base in 2015 and joined the Yolo Sistas group in December 2015. At this point Rana was 15 years old. She took on caring roles within her family, both for her mother who had mental health problems and for her four younger siblings. Rana was socially isolated and found it hard to make and sustain friendships. She understood more English than she could speak but was easily thrown by strong accents or people speaking too fast. Rana lived in an area of multiple deprivation and did not feel safe going outside.

School were concerned about Rana’s ability to retain and process information. They did not know if this was due to a learning difficulty, her levels of English or to having missed significant periods of education in her home country. Initially when she joined the group Rana was very quiet and presented as sad and lacking in confidence. Over time we noted that Rana built good relationships with the other girls in the group. She has responded well to gestures of friendship within the group. For example, during Ramadan she complained of feeling cold within the group due to fasting. All the other girls offered to give her their coats to keep her warm.

Her English has improved as has her confidence. She is now willing to share her talents within the group. Recently she showed the other girls her dancing skills. She feels safe within the group as she has disclosed some difficult early experiences of bereavement in her home country. Rana’s school work has improved and she is currently enjoying a work experience module within a local hairdressing saloon.
Gina is a 14 year old girl from Romania who moved to Scotland in 2013 via Spain. Her family had lived in various different forms of temporary accommodation and Gina had experienced several different school moves. Gina was expected to provide care for her younger siblings, her mother has chronic fatigue problems and Gina took on a role as an interpreter for her parents dealing with correspondence and contacts with ‘officials’.

Gina joined the group in March 2016. Shortly after joining the group the family were evicted from their home and for a period were sharing accommodation in another family’s home. Gina felt that she often took on a role as a family mediator. She described her father as ‘quick tempered’ and felt that she needed to help calm him down when he was dealing with housing officials.

Prior to joining the group Gina did not feel that she had anything that was just for herself. She has really enjoyed all the group activities including the cooking and craft activities. In particular she enjoyed the series of pottery making workshops. The group became a ‘constant fixture’ for Gina particularly during the family’s housing crisis.
Abijah moved to Scotland from North Africa in 2015. The whole family were referred to Multi Cultural Family Base by a statutory social worker with concerns about the levels of stress within the family relating to temporary housing, poverty, trauma related to their journey to the UK and difficulties with English. The family had been granted refugee status and were very socially isolated. Abijah, as the oldest daughter, took on caring roles within the family.

Both parents were overwhelmed with their situation, Abijah’s father appeared to be dealing with symptoms of Post Traumatic Stress Disorder and her mother had frequent migraines. Abijah presented as ‘very mature’ for her years and spent a lot of time managing the practical tasks of looking after her 3 younger brothers. The social worker was concerned that Abijah often appeared to ‘get lost’ in all the family’s stress around accommodation and their migration journey. Abijah did have some English but presented as a very quiet girl. We spend some time persuading her father that Abijah did need some additional support as initially he was very focused on Abijah ‘doing well at school and learning English’.

Abijah became more aware of how she could use the adults in the group for support, talking to them about her concerns for her parent’s health, her worries about her weight and of how much she missed her home country.

We have learnt that the group we provide for the girls has had a very significant influence on the girls’ overall development and sense of well-being. This has been demonstrated by feedback from the girls, including girls who have left the group and moved on.

We have continued to attract new carers from 'hard-to-reach' BME communities (Roma /Gambia/Sudan/China) both through 'word of mouth' within the communities and through our involvement with new and emerging community groups such as those linked to the Mosque and the African Business community.

We have learnt that despite the diversity within the group, in terms of language, culture and religion, there is a real ability among the girls to find common ground.
Top tips Multi-Cultural Family Base's top tips for an organisation that wants to run a similar project

Ensure that your service is culturally sensitive. Be pro-active in terms of outreach, making links with many of the newer emerging community groups within the different BME communities. Have a real desire to make your service as inclusive as it can be.

You might well have to make changes in your service provision model. For example, providing transport, although a source of expenditure and logistically challenging, does ensure the girls’ attendance and provides peace of mind for families.

Think carefully about how your co-workers relate to each other as they can provide models for respect, appreciation and valuing of each other. This acts as a role models for the girls who are often trying to make sense of how to engage with others.

The key to success for the programme has been to devise a loose structure of activities based on the girls’ wishes, whilst being aware of opportunities to open up discussions in the group about important issues 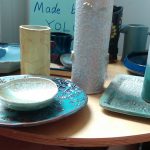