The aim of the project was to access ‘hard-to-reach’ carers from Black Minority Ethnic communities and give the girls a space to share their experience both as carers and as teenage girls who often feel different from their peers and socially isolated.

What Yolo Sistas did

From October 2016 to September 2017 we ran a weekly group for 30 sessions, each group session comprised of 3 hours ( 90 hours). The group sessions took place in our group room/kitchen space at Multi Cultural Family Base. We transported the girls to the sessions (Mondays 3.30 to 6.30pm) and dropped them off home after the group.

Eight girls attend on a regular basis. The girls were either referred directly to the project from other agencies or their families were already known to the agency. We provided 5 longer workshop type sessions over the year. These included pottery making, visits to the Scottish Parliament, attending a musical in the Edinburgh Fringe festival, visit to the Gallery of Modern Art and workshops with EARN (Equality and Rights Network) .

The group sessions at Multi Cultural Family Base are based on the agency's group work model which offers peer support, shared experiences, respite from caring and opportunities to explore their identities as young Black Minority Ethnic women. The group were involved in dancing/music making, sharing food, arts and crafts activities, self care activities and discussions about topics which are important to the girls.

There is a real diversity in the group- in terms of religion there were girls who were Muslim, Jewish, Sikh and Christian. Despite these differences the girls were always able to find some commonalities. Most of the girl’s parents have limited levels of English and many of their families are on the margins of society with issues of social exclusion and poverty.

Abijah is a 13 year old Egyptian girl. Her mother and father had separated and Abijah lived with her mother. Abijah took on the role of carer for her mother who had recurrent mental health difficulties. She also took on caring responsibilities for her younger siblings, cooking meals and dealing with their bedtime routines.

When she started the group Abijah was initially distrustful of the other girls. She was careful about what she shared in the group and always wore her headphones throughout most of the group sessions. She found it difficult to make eye contact with the other girls and with the adult facilitators.

In a relatively short period of time we have noticed changes in her levels of emotional well-being. The headphones have come off; she initiates conversation and suggests topics that could be discussed by the whole group. In particular she enjoys the car journeys to the group and discussions with one of the adult facilitators.

She said, 'I always leave feeling better after my time in the group'.
Manira is a 12 year old Sudanese girl. Her mother had on-going mental health difficulties and Manira, like Abijah, took caring responsibilities for her younger brother. This included helping with mealtimes, homework and general child care. She also helped translate any letters and documents for her mother.

Manira found the group provided her with new opportunities and experiences. She enjoyed the group's visits to the Scottish Parliament and opportunities to try new food and activities such as pottery and dance. With encouragement from the group she has begun to use public transport and to self travel for the first time.
Jana is a 15 year old Slovakian Roma girl who lives with her parents and 4 siblings. She sometimes finds it hard to keep up with lessons at school. Her parents have limited English and Jana has the responsibility to translate letters and interpret phone calls from school, health and other benefit, tax and ad hoc letters that arrive. She also supports her older brother who has learning difficulties to improve his English by doing some reading with him in the evenings, she also helps out with looking after and caring for her youngest sibling, who is 3 years old.

The family struggle to understand a lot of conversations and documents that they are given without her ability to translate. This however puts a lot of pressure on Jana to be able to understand the content of the information and to accurately translate/interpret this information and she is involved in conversations that she may otherwise not be involved in.

The time she gives to help her family is also time away from her being able to have time for herself or for her to be able to do her own homework. Although she enjoys part of this role it impacts on her place within the family, giving her more responsibility than she would otherwise have.

The other members of the group recognised that Jana was also in some ways younger than her years. A couple of the girls took on the role of peer mentors for Jana helping her deal with issues like school bullying, relationships with boys and how to interact appropriately with strangers. They used role play scenarios and the own experiences to help Jana. She has responded by making more use of the group for support.

For example, recently she used the group to talk about nightmares she experienced- Jana clearly got some relief from the patient support she received from the other girl's responses.

We have learnt that Black Minority Ethnic girl's experiences of caring can, in many ways, be different from those of their White, Scottish counterparts. They are not always about providing physical care. For new migrant families they can be about cultural brokering for parents who might be less familiar with the language and cultural norms in Scotland. This can lead to the girls having more responsibility and being 'older then their years' .

We have found that the group has provided a secure base for the girls to explore new opportunities and make new relationships. Outside of the group the girls have used social media to maintain contact with each other and to offer each other support.

As we are a training agency for social work students the group has experienced 3 different students working with them over the year. This has provided new opportunities to meet young adults who can often act as role models in terms of their involvement in higher education. It has also provided opportunities to deal with issues of change and loss when placements come to an end and people move on.
Top tips Multi-Cultural Family Base's top tips for an organisation that wants to run a similar project

Ensure that your service is culturally sensitive.

Be pro-active in terms of outreach, making links with many of the newer emerging community groups within the different Black Minority Ethnic communities. Have a real desire to make your service as inclusive as it can be.

You might well have to make changes in your service provision model.

For example, providing transport, although a source of expenditure and logistically challenging, does ensure the girls’ attendance and provides peace of mind for families.

Employ workers who are from Black Minority Ethnic backgrounds and/or who speak different community languages.

The key to success for the programme has been to devise a loose structure of activities based on the girls’ wishes, whilst using workers who are able to spot opportunities to open up discussions in the group about important issues. 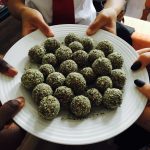