We took 12 young adult carers who were involved with our Music Therapy Group on a 3 night break to Edinburgh to visit the sights and attended the Lion King Musical.

The Young Carers loved and had performed songs from musicals but had never attended a live performance.

What Young Carers Respite Break did

12 young adult carers had a break in Edinburgh which included visiting Dynamic Earth, sightseeing, shopping, cinema, participating in the Escape Rooms, dining out and a attending a performance of the Lion King. This had many first's for the group staying in a hotel, attending a theatre performance, being in Edinburgh, being in a city and unfortunately having a holiday during snow blizzards.

The group bonded, cemented friendships and thoroughly enjoyed all aspects of the break their favourite being shopping in Primark’s 4 storey shop in the heart of Princess Street, we were able to provide shopping vouchers and some amazing bargains were purchased, even the boys enjoyed this experience although they preferred Sports Direct.

The only challenge over the course of the break was the weather although this did not hold us back. We travelled during the storm period in February and experienced blizzards of snow and very high winds, which meant some of the planned activities were changed to avoid walking and travelling around Edinburgh in such poor weather. We had to purchase jackets and boots for some of the young carers as they did not have suitable clothing with them to combat the cold conditions.

Each days activities were decided on the day by the young carers who looked online to see where else we could go on the budget we had and to stay out of the bad weather and without travelling the length and breadth of Edinburgh, this worked well and gave the young people ownership of the break. There choice to attend the Escape Rooms proved to be a great way at building up their team spirit and competitive natures as we had 2 teams pitched against each other. We were able to work together to address the weather issues on a daily basis and arrange activities with the young people ensuring they had an enjoyable and meaningful respite break.

our aim was to give the group an experience they could easily replicate in years to come with family and friends, 2 of the girls got on so well and enjoyed Edinburgh so much that they started looking at prices of hotels to return at a later date together.

This was an expensive break for us to run compared to the young carers support we normally offer which can be hostel based or through or charitable partnership organisations, but its success has shown us this is something we need to consider incorporating into our respire provisions going forward.

We have learned that this cohort benefited from some independence, already having established friendships and by having similar interests. Although we had liaised with the group prior to going away we did change some of our planned activities during the break due to bad weather.

We were able to do this by ensuring the different activity still fell within our budget. We are constantly as an organisation looking at various funding strands to ensure the 200+young carers we work with on a weekly basis get the opportunity to attend a respite break with our organisation at no cost to themselves.

How East Ayrshire Carers Centre has benefitted from the funding

This funding allowed us to pilot a different style of respite break for young adult carers who had left school and were either in college or working. It allowed us to provide a meaningful and independent break giving the young people a break that they could replicate on their own with friends or family in the future. It opened their eyes to the cost of visiting a vibrant city which has much to offer while not being inaccessible to them in the future. The break has strengthened their friendships and has given us as an organisation the ability to expand our knowledge of what matters to carers to ensure they can have a life alongside their caring roles.

12 young carers will tell us they have improved their resilience and feel able to pursue activities alongside their caring role.

The group bonded extremely well and due to poor weather conditions showed amazing resilience when looking at alternative days and nights out that they would enjoy as a group. The had very mature conversations, used the internet to source alternative activities taking into account likes and dislikes to ensure all the group could be involved in decision making and subsequent activities. This group were of an age where staying in a hotel gave them their independence. We allowed personal time for them to reflect and interact with their peers independent of staff. The group developed their friendships to a greater level and have been meeting up outwith group support that we provide. Family members have expressed to us how much the young carers had grown from this experience and how they felt confident enough now to go back to Edinburgh whether to stay overnight or just to travel through for the day.

One of the group had suffered from a family bereavement a few weeks prior to the break from the one family member who was always there for him throughout his childhood. The group were aware of this and were extremely protective of him when he was feeling a bit down. His grief came to a head during the Lion King production where the death of Mufasa really affected him. This young carer has no parental support and treats our staff as his family, no one had taken time to talk to him about his grief, to speak about the good times he had with his grandfather and how to cope going forward. The group showed amazing empathy, staff had private conversations with himself and on return from respite spoke his supported living team to ensure he had a network of people to speak to when he felt low and just needed a chat. This break was delivered at the right time for him and ensured he had a network in place to support his needs going forward so improving his resilience to cope with the bereavement.

This respite was the first "grown up" break this group of young adult carers had experienced. It came at a time when some of the group had experience so traumatic changes in their lives and gave others a break off from college classes to recharge and experience new activities. It was the first time they had stayed in a hotel where small things like using the card to enter the room to turn on the lights was new to them, having a buffet style breakfast and asking staff what they were allowed to eat and enjoying en-suite facilities. Dining out in a nice restaurant every night trying different foods was new to some, one of the group enjoyed one of his meals so much he wanted to thank the chefs. They worked as a group to visit places of interest that suited all. Shopping in the city was a favourite activity and many expressed an interest to return to shop there in the future. Seeing a live performance of the Lion King was the most memorable moment for all. New experiences galore for all.

This break has shown a group of young adult carers that having this type of break is well within their capabilities. Two of the young people have since looked at going away together for a weekend break to the city to see the sights that we missed due to bad weather. The are saving up their money to allow them to have a shopping spree, to eat out and attend another show.

The young people will have improved their self-confidence, resilience and coping abilities which will improve their mental health and well being.

All of the young carers who attended this break said the had one of the most enjoyable experiences ever. At the end of each day we would finish with a coffee or a non alcoholic cocktail and discuss the highlights and lowlights of the day. This is one of the first breaks i have delivered for young carers which has had such positive feedback, even the poor weather conditions were not seen as a negative. The way the young people interacted with each other, the decision making and positive vibes that came off the group showed us the benefits of this style of break. We witnessed changes in attitudes, friendships, confidence levels, resilience and overall there was a feel good factor surrounding the group to the point that no one wanted to go home on the last day. The bond that this group already had by attending the Music Therapy Group and their shared interests insured they all got the best out of their time away.

One young girl who has had serious mental health issues this year and in the past has never came away on a break with us even although she has been attending group sessions for over 10 years decided the time was right for her to get a break. She researched where we were staying and what we would be doing prior to going away as this helped her cope with something new. The fact she had made meaningful friendships through the Music Group and felt she was going away with friends rather than strangers also helped. She was very protective to her fellow peers, proved to be an amazing organiser and was instrumental on the success of the break showing great leadership abilities. This break has greatly improved her coping skills, her mental health and her well being. 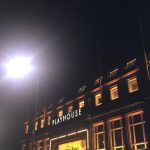